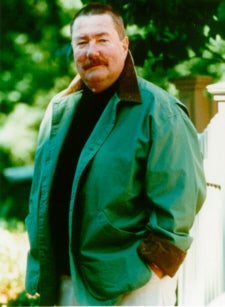 Robert B. Parker, the blunt and beloved crime novelist who helped revive the hard-boiled genre and branded a tough guy of his own through his "Spenser" series, has died. He was 77.

An ambulance was sent to Parker's home in Cambridge on Monday morning for reports of a sudden death, said Alexa Manocchio, spokeswoman for the Cambridge police department. The death was due to natural causes and was not considered suspicious, Manocchio said.

Prolific to the end, Parker wrote more than 50 novels, including 37 featuring about Boston private eye Spenser.

The character's first name was a mystery and his last name emphatically spelled with an "s" in the middle, not a "c."

He was the basis for the 1980s TV series " Spenser: For Hire," starring Robert Urich.

Read more by The Associated Press.