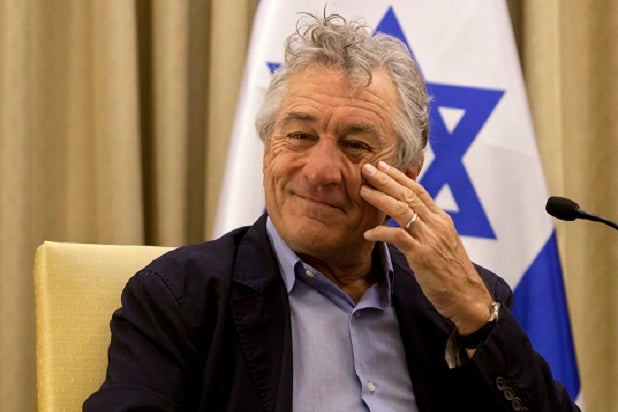 Robert De Niro is attached to act on the HBO miniseries “Criminal Justice” in a role originally played by “Sopranos” veteran James Gandolfini, according to an individual close to the project.

The seven-part miniseries was thrown briefly into limbo by Gandolfini’s death. But now it marks De Niro’s entry into television, one of the most notable cases of an A-lister turning his attention to the small screen.

Gandolfini starred in the pilot before his death in June.

HBO CEO Richard Plepler and president of programming Michael Lombardo said in July that co-writers and executive producers Richard Price (“The Wire”) and Steven Zaillan (“Schindler’s List”) were working hard on the show as the network decided what to do after Gandolfini’s death.

“James’ passing took the wind out of our sails quite a bit at HBO and so it’s taken some time to be able to have conversations with Steve about the future of that,” Lombardo said at the time.

Production on the series will likely begin in March.