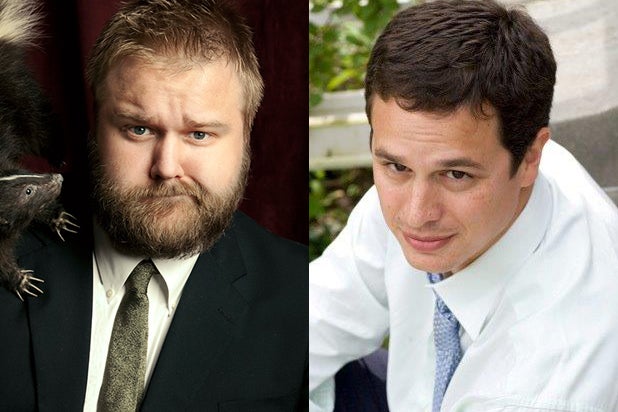 Kirkman started Skybound in 2010 with the intention to nurture creators and provide resources to produce content while retaining creative control of their properties, partnering with “Walking Dead” executive producer David Alpert in the endeavor.

“Robert and David have proven themselves to be incredible storytellers in a wide range of mediums, and we are thrilled to be Skybound’s partner in the feature realm,” said Universal co-presidents of production Peter Cramer and Jeffrey Kirschenbaum in a statement. “We feel confident that their wealth of ideas and expertise will lead to exciting, provocative films for our slate.”

Also Read: Best of ‘Office With a View’ (Photos)

Skybound Entertainment and Kirkman are represented by CAA. Kirkman is also repped by Circle of Confusion and attorney Shep Rosenman at Katz, Golden, Sullivan & Rosenman.