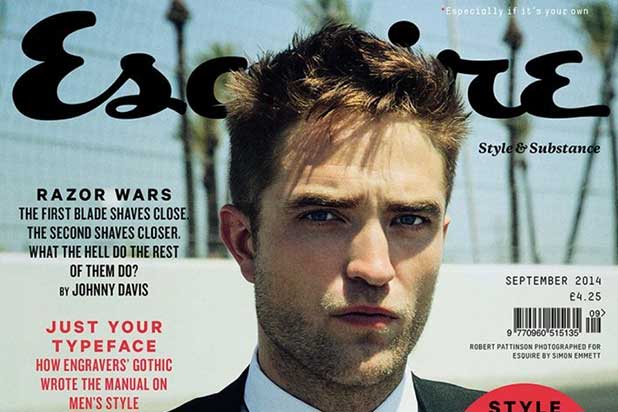 For the life of him, Robert Pattinson can’t understand why anyone would care about his failed relationship with “Twilight” co-star Kristen Stewart.

“Shit happens, you know?” he told Esquire UK in the cover story for the magazine’s September issue. “It’s just young people … it’s normal! And honestly, who gives a shit?”

Pattinson and Stewart starred in five “Twilight” films together, which combined grossed well over one billion dollars worldwide. But many fans were equally obsessed with the two actors’ burgeoning off-screen romance. Snapshots of the couple filled many a tabloid even when times were good, but their relationship took a turn for the dramatic in 2012 when pictures surfaced of Stewart locking lips with a married man — her “Snow White and the Huntsman” director Rupert Sanders.

Pattinson and Stewart’s subsequent fallout was both public and brutal. “The hardest part was talking about it afterwards,” he said. “Because when you talk about other people, it affects them in ways you can’t predict.”

The 28-year-old actor now stars alongside Guy Pearce in David Michod‘s “The Rover.” The dystopian Western enjoyed a limited release in June, but as TheWrap previously reported it hasn’t performed well at the box office.