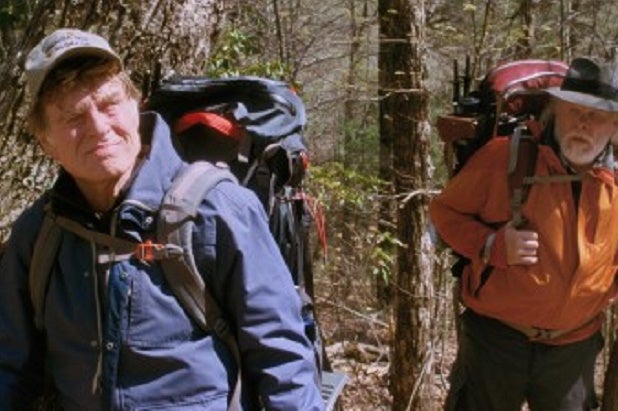 The big-screen adaptation of Bill Bryson’s bestselling travel memoir “A Walk in the Woods” is off and hiking, having trekked to $1.2 million on its opening day Wednesday.

Robert Redford and Nick Nolte star in the comedy about a writer and his pal hiking the 2,000-mile-plus Adirondack Trail, which rolled out in 1,849 theaters in the first wide release for distributor Broad Green Pictures. By Friday it will expand to 1,960 locations across the U.S. and Canada.

Relativity EuropaCorp Distribution is also releasing its first film widely this Labor Day weekend, “The Transporter Refueled,” a reboot that sees Ed Skrein subbing in for Jason Statham, who starred in the three previous entries in the action thriller franchise.

Both “Transporter Refueled” and Universal’s three-time champ “Straight Outta Compton” will come in with around $10 million, say analysts, with “A Walk in the Woods” booking around $7 million for the weekend. The faith-based “War Room” is a wild card after finishing second last weekend, and should be in the mix, too.

Emma Thompson, Nick Offerman, Kristen Schaal and Mary Steenburgen co-star in “A Walk in the Woods,” which Ken Kwapis directs from a script by Michael Arndt. It was acquired by Gabriel and Daniel Hammond’s new independent label after playing at this year’s Sundance Film Festival.

Mature audiences are the target for the film, a group that has driven success at the specialty box office this year for several films, including “Second Best Exotic Marigold Hotel” and “The Woman in Gold.”