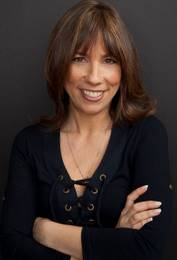 Robin Bronk, who has been executive director of the Creative Coalition since 1998, has been named CEO of the arts advocacy organization.

It has not yet been determined whether a new executive director will be named for the group.

Under Bronk, the Creative Coalition has expanded its advocacy efforts in Washington, D.C., supporting funding for the arts. Its other activities include the Spotlight Initiative supporting independent films; the Business Leader Task Force on Runaway Production; Stand Up for Class Mentors; Capitol Hill Leaders Advisory Council; Parents Advisory Council for TV Watch; and other arts related programs actively supported by its membership.

The Creative Coalition, a nonpartisan social and public advocacy organization of the arts and entertainment community, was founded in 1989 with the mission of educating its members on issues of public importance to the arts. Tim Daly and Dana Delany are its co-presidents.

On April 29, the group will host members of the House and Senate supporting American film preservation, with its celebrity membership presenting "Art & Soul: A Celebration of the American Spirit."