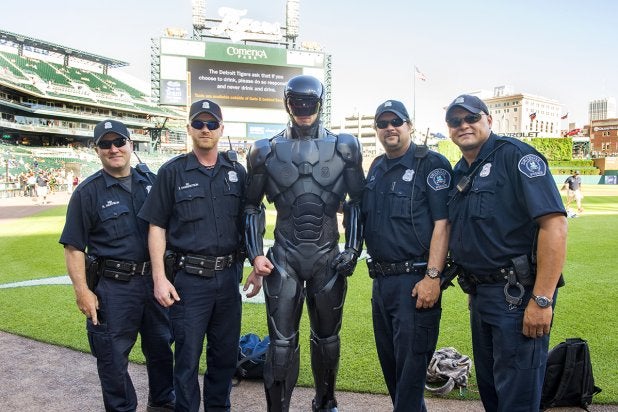 In honor of the Blu-Ray/DVD release of the latest “RoboCop” film, Detroit declared Tuesday to be RoboCop day. In celebration, RoboCop himself made appearances all throughout the city. The “RoboCop” films are set in a future Detroit.

RoboCop visited several iconic landmarks like The Monument to Joe Louis, The Spirit of Detroit, 8 Mile, and Comerica Park, where he threw out the first patch at a Detroit Tigers game. The first 10,000 fans to that game against the Toronto Blue Jays received a commemorative RoboCop poster, while some even got a Blu-ray of the 2014 film.

RoboCop was also all over the media, making stops at top radio stations at CBS Radio, Clear Channel, and Greater Media Detroit. He even made time to give a weather forecast for local Fox affiliate WJBK-TV.

There was even more planned for RoboCop day, but a police meet-and-greet and a press event to announce the permanent location of the crowd-funded RoboCop statue were cancelled at the last minute. The statue, which was funded via a Kickstarter campaign in 2011, is reportedly still on track for completion by the end of 2014. 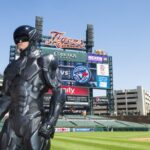 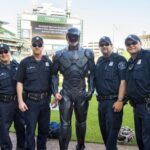 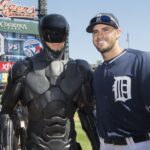 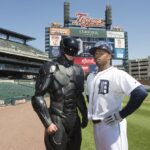 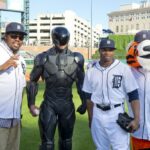 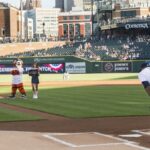