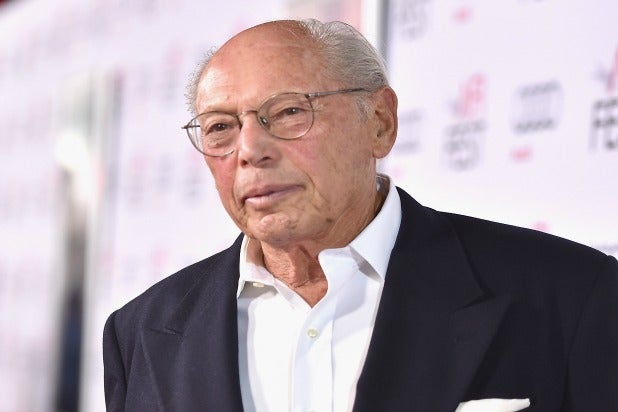 An Academy Award winner for “Rocky,” Winkler also boasts titles like “Goodfellas,” “Raging Bull” and “They Shoot Horses, Don’t They?”

Winkler is the only producer with three film titles on the AFI list of 100 Greatest American Films, the PGA noted in a Tuesday announcement.

“I am honored to receive what is truly the trifecta of recognition: from the legacy of David O. Selznick, from the institution of the Producers Guild of America, and from my esteemed colleagues,” Winkler said of the honor.

“It is both a humbling and inspiring experience to be included alongside this list of our most accomplished filmmakers of today,” he added.

“Winkler’s movies have come to define Hollywood storytelling, and the gallery of iconic characters and classic scenes from his work remains a touchstone for all motion picture producers,” said PGA Awards chairs Amy Pascal and Donald De Line.

Winkler is a producer on one of the biggest mysteries of this award season — Martin Scorsese’s “Silence,” about two 17th century jesuits who travel to Japan to proselytize and locate their missing mentor. It stars Andrew Garfield, Adam Driver and Liam Neeson.

The PGA Awards will be held Jan. 28 in Beverly Hills, California, at the Beverly Hilton Hotel.

Are one of these films this year's best picture?

"The Fifth Estate" - Bill Condon The story of Julian Assange and his controversial website Wikileaks will open Toronto. Director Bill Condon ("Dreamgirls," "Gods and Monsters") has been in the Oscar race before; this time he brings Benedict Cumberbatch, Daniel Bruhl, Laura Linney and Stanley Tucci to the bigscreen.
View In Gallery