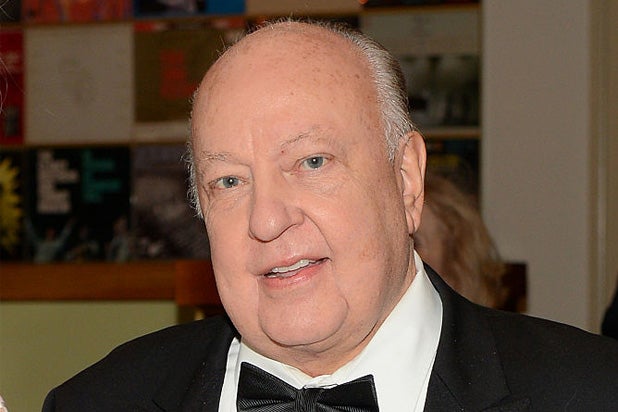 Former Fox News CEO Roger Ailes continues to polarize the nation even after his passing Thursday, as media members and celebrities took to Twitter to both mock his death — and celebrate his life.

A handful of Fox News employees have expressed their condolences, but other media members weren’t as kind when it came to remembering the man who left the network he founded in disgrace.

Ailes resigned from Fox News in July after former anchor Gretchen Carlson filed a sexual harassment lawsuit that resulted in multiple women coming forward with similar claims. Before the sexual harassment scandals emerged, Ailes was considered the mastermind behind the success of Fox News and one of the most powerful men in both media and American politics.

Check out some of the reaction from critics:

Roger Ailes has died. Let all his victims now be ungagged for the true, full reckoning of his life. And give them back their jobs.

Roger Ailes has died. Wow. Sending deep and heartfelt condolences to everyone who was abused, harassed, exploited, and unjustly fired by him

Roger Ailes has died. Another proud Confederate monument taken down this week. Smdh.

The same people with calendar reminders in their phones to make Trayvon Martin jokes on his birthday think I should respect Roger Ailes. pic.twitter.com/YhmqwjdGSA

So Roger Ailes has died. Lots to unpack in that obit.

Yes, Roger Ailes was a TV genius. He also had an apparently monstrous personal life and nasty, dangerous editorial instincts.

Roger Ailes behaved egregiously toward women in his organization and changed our culture for the worse, making people dumber and angrier.

good morning to everyone except Roger Ailes

I once spent a day interviewing with Roger Ailes for a job at Fox. He was a disgusting scumbag. I'm glad he can't hurt people anymore.

Ailes' media genius was realizing that talk is cheap — and compelling — while facts are expensive. He made a business from cheap talk.

Other media members are respecting the death of the former Fox News CEO:

He wasn't perfect, but Roger Ailes was my friend & I loved him. Not sure I would have been President w/o his great talent, loyal help. RIP.

For better or worse & the ignominious end 2 his reign at Fox News, the impact of Roger Ailes on American politics & media was indisputable.

Roger Ailes founded one of the most important and successful media outlets in American history. I will miss his friendship dearly. RIP.

"Now is the perfect time for me to share my controversial opinion on Roger Ailes" — Everybody on Twitter, apparently

I notice that many of the same people who mourned Ted Kennedy are celebrating the death of Roger Ailes.

I've known Roger Ailes for over 30 years. We've fought, debated and exchanged war stories. He had real passion and a master strategist for

what he believed. We didn't agree on much and I protested him many times. However his impact on US Culture is undeniable. He is a study !

4/4 The good Roger did for America is immeasurable. May he rest in peace.

Whatever Roger Ailes’ flaws and misdeeds, his loved ones are in pain now. May he RIP and they find peace as well.

Ailes was a political and media genius. Some light, some dark, but undeniably a genius and consequential in politics and media.

It is not an overstatement that without Roger Ailes, there is no Donald Trump

Ailes started his career as a staffer on “The Mike Douglas Show” back in 1962 and was the program’s executive producer by 1967. While working on the program, Ailes developed a relationship with Richard Nixon and eventually worked on his presidential campaign.

He has been a prominent member of the GOP ever since, working on several campaigns including George H.W. Bush’s successful 1988 presidential bid. He withdrew from political consulting in 1992, but is rumored to have advised Republican leaders in the years since, notably George W. Bush following the attacks of Sept. 11, 2001.

The former Fox News boss is also credited with bringing opinion back to news coverage, starting with America’s Talking, an NBC-owned network that eventually became CNBC. Ailes has also produced Broadway plays, served as president of CNBC and hosted a short-lived talk show during his career.