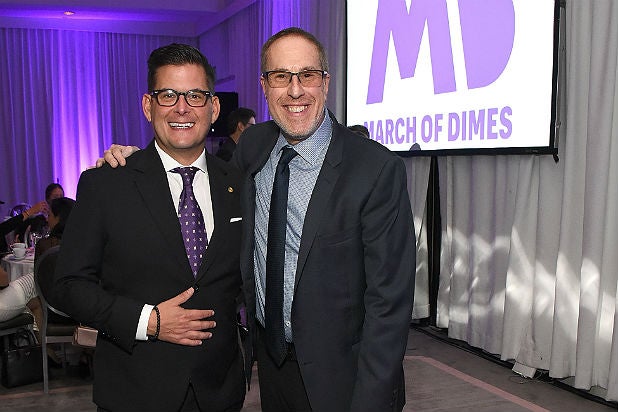 California’s premier culinary talents will be joining forces this week along with host Tony Hale and event co-chair/Rogers & Cowan CEO Mark Owens to raise money for March of Dimes.

The 2019 Signature Chefs Auction takes place on Thursday, Oct. 17 at the SLS Hotel in Beverly Hills, with 20 master chefs serving up tastings of their most highly-acclaimed dishes.

“March of Dimes really delivers a simple message that if the moms are healthy then you can have strong babies,” Owens told TheWrap. “It is a real problem here in California where about 9% of babies are born prematurely, which is the number one cause of death for children five years and under. It is not an easy problem to solve, but it is a solvable problem.”

This year, world-renowned chef Dominique Crenn will be honored as the 2019 MOD ICON Award for her culinary excellence and her relentless push for innovation and equality.

Crenn, co-owner and chef of the three-Michelin-starred restaurant Atelier Crenn in San Francisco, appeared on Season 2 of Netflix’s “Chef’s Table,” and was the recipient of the James Beard Foundation Award for Best Chef: West in 2018 and Best Female Chef in 2016 by World’s 50 Best Restaurant Awards.

Brooke Williamson, Timothy Hollingsworth, Aarti Sequeira and Nancy Silverton will also be showcasing their talents at the event, which is expected to raise up to $400,000 for the California chapter of the March of Dimes.

More than 50,000 women experience life-threatening complications as a result of pregnancy and childbirth and 380,000 babies born prematurely each year, according to March of Dimes. Chronic inequities and unequal access to quality health care have a negative impact on these rates. Women of color are up to 50 percent more likely to deliver prematurely and their children can face a 130 percent higher infant death rate compared to children of white women.

“Funding is particularly needed for underserved communities to help mothers get to their third trimester doctors’ appointments and things like that,” Owens explained. “This is also an issue where there’s a tremendous racial disparity, partly because of access to doctors and information.

“At the end of the day, being a CEO of a communications company is all about storytelling and messaging, so that is what I am trying to do — to get this story out there in a bigger way,” he added.