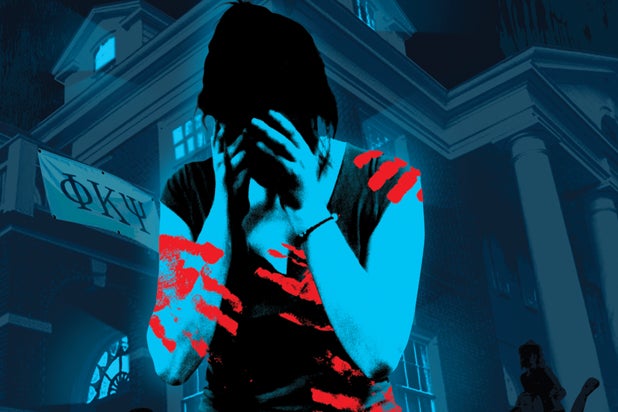 As a public relations practitioner, my ears pricked on Dec. 22 when Rolling Stone’s maximum leader Jann Wenner sent out this missive — right in time for Christmas break — that he was recruiting the Columbia Journalism School to review Rolling Stone’s now-infamous Nov. 19 “A Rape on Campus” story.

My first thoughts? Why would a venerated school of journalism carry the water for what could be a Wenner public relations gambit; i.e., the ol’ “independent review” that’s not really “independent” and not really a “review”? Does the Columbia J School actually have the guts to deeply examine its client’s editorial process while the threat of a defamation suit is hanging over Rolling Stone’s head? And whatever happened to all the additional internal reviewing that Rolling Stone has been promising in rapidly changing editor’s notes thrown on top of its “A Rape on Campus” story since the story began unraveling in the first week of December?

The bottom line: Rolling Stone magazine has issues that go way beyond a public relations perception problem. Its problem is one of reality: It has been widely accused of cooking up a story in a manner that is not only negligent, but, also, might fall under the far more damning umbrella of having reckless disregard for the truth. The accusations go to the core of Rolling Stone ever putting out an investigative story in the future that will have any credibility.

In the crisis communications biz, there is this chestnut: When under fire, stall if the facts are not on your side. Just promise an independent review conducted by a coalition of a board of advisors with a “czar” ultimately stuck giving out a report, preferably well down the road, that will cover the ass of the person under fire.

National Football League commissioner Roger Goodell got the drill down awkwardly last September in the Ray Rice fiasco. Goodell’s report “czar” just happens to work for the law firm with close ties to the NFL, and no one has heard a peep about when this report is coming out. (Does anyone want to take the over/under on the final whistle of this year’s Super Bowl?) New Jersey Governor Chris Christie also worked the same strategy in his bridge-closure PR calamity.

When the Washington Post announced on April 15, 1981, that Janet Cooke’s Pulitzer Prize–winning story “Jimmy’s World” was a fabrication, Post ombudsman Bill Green explained to Post readers the flawed process of how the story ever went to print and how it was subsequently nominated for a Pulitzer. Four days after reading about the fabrication, the Post readers were presented with a 13,000-word postmortem by Green.

Also Read: Rolling Stone Managing Editor Tweets About UVA Rape Story: ‘The Failure Is On Us’

In other words, the Post tried to clean up its own mess, and did it quickly. Other examples of self-review in similar circumstances can be found at the New York Times in the wake of the Jayson Blair scandal and at the Los Angeles Times after the Staples Center pay-to-play calamity.

If the Columbia Journalism School puts out a report quickly that attempts to tell the whole truth and includes details of any legal causes of action that the alleged raping and pillaging Phi Kappa Psi fraternity might have against Rolling Stone, hats off to Columbia. (In the earlier cited example, the Washington Post was not facing the same kind of legal exposure in the wake of “Jimmy’s World.”)

But does Jann Wenner really think that the Columbia J school has the audacity to tell the truth about what Wenner knew about his magazine’s awful fact-checking of the campus rape story, and when did he know it?
Just look at the first paragraph of the two paragraph statement that Wenner released on December 22:

In RS 1223, Sabrina Rubin Erdely wrote about a brutal gang rape of a young woman named Jackie at a party in a University of Virginia frat house [“A Rape on Campus”]. Upon its publication, the article generated worldwide attention and praise for shining a light on the way the University of Virginia and many other colleges and universities across the nation have tried to sweep the issue of sexual assault on campus under the rug.

Yes, for a brief time, “A Rape on Campus” generated “worldwide attention and praise.” But his magazine’s story then quickly generated worldwide condemnation as the facts of how the story was cobbled together became clear and Rolling Stone’s own promised internal review has been hushed. Thus, it looks like the statement announcing the “independent review” has all the earmarks of a burgeoning spin-control campaign by Mr. Wenner.

It’s not too late for the Columbia Journalism School. If the school has any inkling that its review even smells of a whitewash, it should immediately cease participation.

And run as fast as it can away from Jann Wenner.

Correction: A previous version of this guest blog had noted that Washington Post Publisher Phil Graham had assigned ombudsman Bill Green the Janet Cooke postmortem, but Graham had died in 1963. Publisher at the time was Graham’s son, Donald.

”Law & Order: SVU’s“ Ray Rice-inspired episode and ”Madam Secretary’s“ version of Benghazi are just the latest in a long line of controversies that inspired their own TV shows

View In Gallery
BIO Ross Johnson
Ross Johnson is a Los Angeles communications strategist. Previously, he was a contributor to The Hollywood Reporter, New York Times and Esquire magazine.

Ross Johnson is a Los Angeles communications strategist. Previously, he was a contributor to The Hollywood Reporter, New York Times and Esquire magazine.