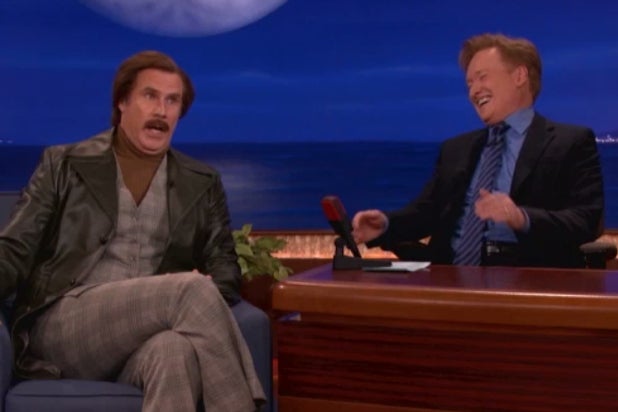 Since Ron Burgundy started doing ads for Dodge Durango, truck sales are up 59 percent — but that just means there are a lot of suckers out there, the fake TV newsman said on Wednesday’s “Conan.”

As for the uptick, it’s “Pretty incredible, pretty amazing,” Burgundy modestly admitted. But he then added,” What’s so amazing about it is it’s a terrible car.”

“They gave me one for free … I drove it four feet and the thing cracked in half,” Burgundy continued. “Just horrible craftsmanship.”

“You realize people bought these cars because of you,” host Conan O’Brien pointed out.

“Yeah well I got paid, they’re suckers,” Burgundy retorted. “Hey I’m just the messenger, I’m not in there tinkering around with lug nuts.”

When asked for comment on the clip, a spokesperson for Chrysler, the parent company of Dodge, told TheWrap: “Working with Ron is everything we expected, and more! We always knew he was fresh, funny and culturally provocative.”

The spokesperson added: “Listening to the full interview, it’s clear that Ron Burgundy was totally in character throughout and said some pretty funny things about many topics that were not intended to be taken seriously.”

The Will Ferrell character came to the TBS late night show to promote his book, “Ron Burgundy: Let Me Off at the Top.” His new film, “Anchorman 2: The Legend Continues,” hits theaters Dec. 2o.