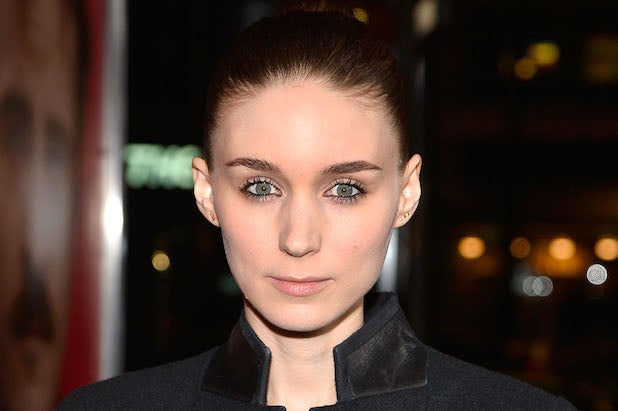 After co-starring in Warner Bros.’ Oscar-nominated drama “Her,” Rooney Mara is in negotiations to play Tiger Lily in the studio’s big-budget tentpole “Pan,” an individual familiar with the project has told TheWrap.

Joe Wright is directing from a script by Jason Fuchs, and Greg Berlanti is producing with Paul Webster and former WB exec Sarah Schechter, who now runs Berlanti’s production company.

“Pan” tells the untold story of how a young orphan boy from London is spirited away to the magical Neverland where he finds grand adventures that shape him into the hero known to generations as Peter Pan.

The film is expected to star Hugh Jackman as Blackbeard and Garrett Hedlund as Captain Hook.

Wright is planning to create a world that very international and multi-racial, effectively challenging audiences’ preconceived notions of Neverland and reimagining the environment.

Warners executive Courtenay Valenti will oversee the project for the studio, which will release the 3D movie on July 17, 2015.

Mara, who previously starred in “The Girl With the Dragon Tattoo,” next stars in Stephen Daldry‘s “Trash” and a Terrence Malick movie. She’s represented by WME and Management 360.