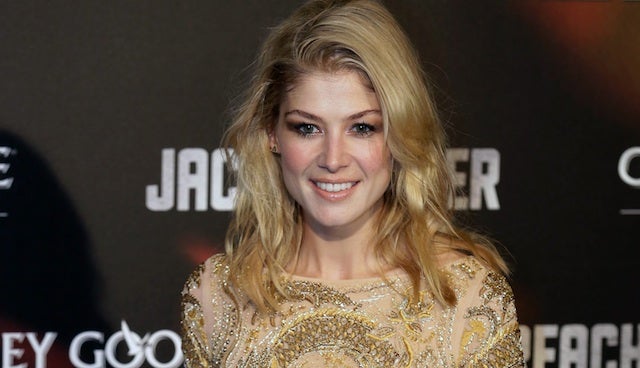 David Fincher has offered British actress Rosamund Pike the lead in his next film, “Gone Girl,”  an individual with knowledge of her plans told TheWrap. Pike is expected to accept the role, which has been tied to various actresses over the past few months, including Charlize Theron.

Pike will play Ben Affleck‘s wife, a woman who goes missing on the couple’s fifth wedding anniversary, prompting speculation that the husband is the culprit. Many of Pike’s scenes are flashbacks to when they were together.

The film is based on Gillian Flynn’s novel, which the author adapted for the big screen. Reese Witherspoon and producing partner Bruna Paandrea optioned the book and are producing the film under their Pacific Standard Time banner. Fox will release it in theaters.

Pike has appeared in more than a dozen movies over the past few years, including “Jack Reacher” and “Clash of the Titans.” She will next be seen in “The World’s End,” the final installment of Edgar Wright’s Cornetto Trilogy — the three films he has made with Simon Pegg and Nick Frost.

She is repped by UTA, Magnolia’s Shelley Browning and United Agents.