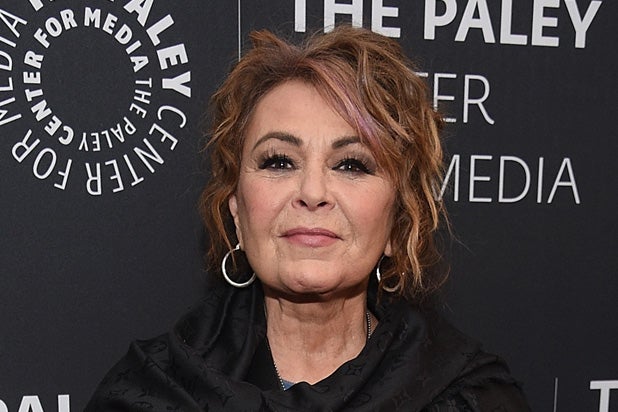 Roseanne Barr may have lost her show, but Twitter hasn’t abandoned her.

The star of ABC’s now former hit “Roseanne” has seen her audience on the social media platform balloon more than 35 percent since her infamous, racially-charged tweet suggesting that former Barack Obama adviser Valerie Jarrett is a product of the Muslim Brotherhood and the “Planet of the Apes.”

On the day the tweet was launched — in the early morning hours of March 29 — Barr had approximately 646,000 followers, according to a snapshot from the Internet Archive’s Wayback Machine. But as of Monday, June 4, less than a week after the firestorm first erupted, Barr’s following had increased to 878,000, a 35.9 percent gain.

“The old saying is ‘there’s no such thing as bad publicity’ and this appears to be Exhibit A,” Joe Concha, a media reporter for TheHill told TheWrap Monday.

“I think this shows that many of those who follow her thought she got a raw deal and didn’t unfollow her — when of course she got everything she deserved — and all the press around the show’s cancellation attracted people to her feed to either watch the train wreck or out of simple curiosity,” Concha added.

During that stretch of time, Barr’s fans also launched a Twitter campaign to increase her following, which may have helped fuel the surge.

Let’s get Roseanne to 1 Million followers to show our support !!!!! #DoubleStandardsSuck@therealroseanne pic.twitter.com/AxWCQYqrYG

In a lengthy post last week, the comedian apologized for her remarks saying that she had been on Ambien during the time of the incident.

“Guys I did something unforgiveable (sic) so do not defend me,” said Barr in a now deleted tweet. “It was 2 in the morning and I was ambien tweeting-it was memorial day too-I went 2 far & do not want it defended-it was egregious Indefensible. I made a mistake I wish I hadn’t but…don’t defend it please.”

Since that fateful Tuesday, Roseanne has remained busy on Twitter despite numerous promises to leave the platform and canceled an appearance with podcaster Joe Rogan on Friday. And an interview she did record with her spiritual adviser Rabbi Shmuley Boteach has so far remained unreleased.