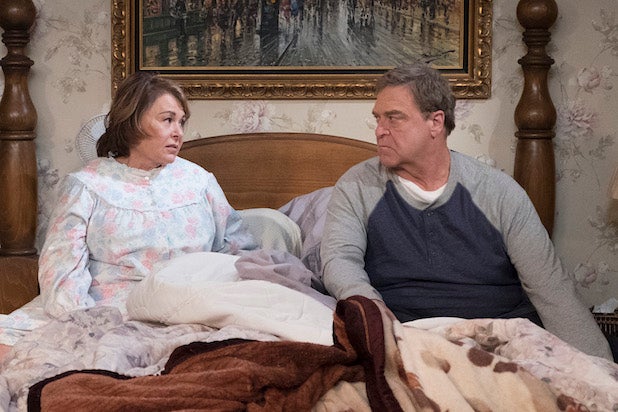 Though Disney boss Bob Iger said “there was only one thing to do here,” it’s still gotta sting — after all, the revived sitcom was the No. 1 show on television.

That’s right. We didn’t say “the No. 1 show on ABC” or even “on broadcast” — and yes, we’re even counting NFL football here. At the time of its cancellation, “Roseanne” was the singularly most-watched show across all of TV when including a week’s worth of delayed viewing, which is the standard for broadcast these days.

“Roseanne’s” 26 share is larger than the weekend’s primetime NFL football, which averaged a 21, and its 21.169 million total viewers is nearly 3 million overall audience members better than “SNF.” Let’s call those tiebreakers at worst.

For what it’s worth, AMC’s “The Walking Dead” ranks just behind “This Is Us” with a 5.2 demo rating. The closest sitcom to “Roseanne” is CBS’ “Big Bang Theory,” which per this data averaged a 4.4 rating and 18.897 million total viewers. Those are still gigantic returns — they only look even semi-deficient next to ABC’s now-trashed comedy.

For the record, we are still awaiting some delayed viewing for the “Roseanne” season finale to be reported, which is currently holding the ABC sitcom below NBC’s “This Is Us” when isolating Nielsen’s “most current” data set. We should have these final numbers on June 4, when we’ll know who truly won the 2017-18 season.

“Roseanne” met its maker (again) after Barr tweeted out the following referring to former President Barack Obama adviser Valerie Jarrett: “muslim brotherhood & planet of the apes had a baby=vj.”

Clearly, that foolishness ended poorly for everybody (except maybe CBS, Fox and NBC).