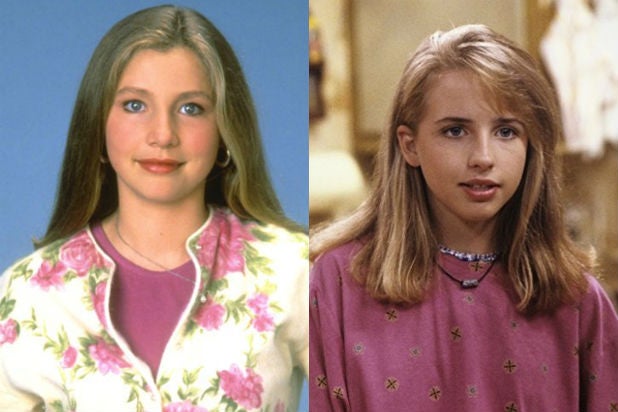 The whole Conner clan returns for the “Roseanne” reunion this week, including Lecy Goranson, who played Becky, and Sarah Chalke, who played … Becky.

Yes: Roseanne Barr’s beloved sitcom switched Beckys partway through its wildly successful run, when Goranson, the original Becky, left to attend college. Chalke took over in Season 6. When Goranson got the call to return for the “Roseanne” reboot, she asked for the show to bring back Chalke as well, she told US Weekly.

Obviously, though, both women can’t play the role of Becky at the same time. As Entertainment Weekly reported, that meant showrunner Bruce Helford and executive producers Tom Werner, Sara Gilbert and Whitney Cummings needed to find a new role for Chalke to play. The actress’ new role isn’t as a member of the Conner clan, but as someone very close to Becky: Chalke will play a woman who hires Goranson’s Becky to serve as her surrogate.

Also Read: How the 'Roseanne' Revival Brings Dan Conner Back From the Dead

This isn’t the first time “Roseanne” has juggled its two Beckys.

Goranson played the role she originated for the first five seasons of the original show until she left for Vasser College. Originally, she was written as moving out of the Conner household to live with her husband, Mark, but the show, unwilling to let Becky go, enlisted Chalke.

The Becky drama was only beginning.

Goranson’s contract included the option to return to the show if her schedule permitted, so in Season 8, she returned to the role of Becky — but not for the whole season. She played Becky as her school schedule permitted, with Chalke picking up the slack when Goranson wasn’t available. The role switching became a running gag throughout the season, but Goranson left at the end of it, and Chalke took over again as Becky in Season 9.

Goranson and Chalke never got to work together on “Roseanne” in the past, but they did eventually share a screen — on “Inside Amy Schumer.” The show brought in both Beckys for a gag about their alternating roles.

The role of Becky was good for both Goranson and Chalke. Goranson went on to roles in “Law & Order: Special Victims Unit,” “Sex and the City,” “Damages,” and “Fringe.” Chalke appeared on “Scrubs,” “How I Met Your Mother” and “Cougar Town.”

On Tuesday, Chalke’s “Scrubs” co-star, Zach Braff, tweeted a picture of both Beckys, Chalke and Goranson, in the same place at the same time. “Two beautiful Beckys,” he tweeted.

John Goodman, Laurie Metcalf, Sara Gilbert and Michael Fishman are all returning from the show’s original cast. Johnny Galecki, who currently stars in CBS’ hit “The Big Bang Theory,” is also returning for a single episode.

None of them, to the best of our knowledge, will play Becky.