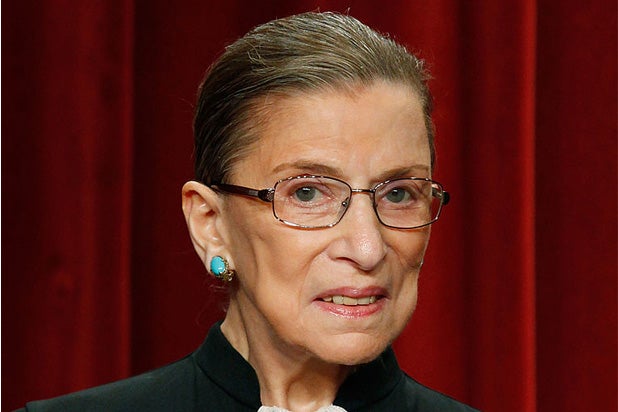 The 85-year-old justice fractured three ribs in the incident, according to the Associated Press.

Ginsburg is currently being treated at the George Washington University Hospital in Washington, D.C.

“She went home, but after experiencing discomfort overnight, went to George Washington University Hospital early this morning,” a statement from the Supreme Court said. “Tests showed that she fractured three ribs on her left side and she was admitted for observation and treatment.”

U.S. Supreme Court Justice Ruth Bader Ginsburg, 85, is recovering in hospital after breaking 3 ribs in a fall at her office last night. Court statement (attached) says she went home after the fall, but sought treatment after experiencing discomfort overnight. pic.twitter.com/0NrPM8ETHS

A prior fall in 2012 left her with two broken ribs. Ginsburg, who was appointed to the court in 1993 by President Bill Clinton, has also had two battles with cancer and had a stent implanted to open a blocked artery in 2014.

Despite being the oldest justice on the Supreme Court, Ginsberg is known for her dedicated fitness regime, as detailed in a book by her personal trainer Bryant Johnson titled “The RBG Workout.”