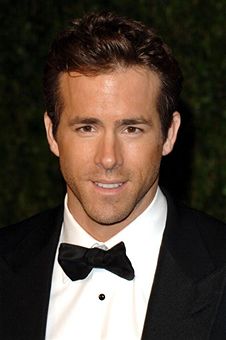 Liked him on "Two Guys, a Girl and a Pizza Place," liked him in "Van Wilder" and I even liked him him in "Blade: Trinity," where he first showcased his ability to play a superhero, which he’s now doing on a much larger scale as "Green Lantern" and "Deadpool."

Collider reports that Reynolds will soon star in R.I.P.D. (Rest in Peace Department), based on Peter Lenkov’s supernatural graphic novel. Producer Neil Moritz hopes to make the movie early next year for Universal.

Moritz describes the film as a PG-13 buddy action/comedy about two dead cops — one recently deceased, the other a veteran gunslinger well past his expiration date  —  who work for the police department of the dead and try to keep the dead quiet. I’m guessing it’ll take more than just a stern finger on the lips. Reynolds will play the newly-dead officer who is desperate to reunite with his wife.

Reynolds is a unique actor in that he can handle comedy and action. He can play Sam Worthington parts and Paul Rudd roles. His leading man looks and razor-sharp tongue allow him to be remarkably versatile, and he’s easy to picture as the guy who gets the girl, which is pretty much the ending of all action movies, comedies and action-comedies.