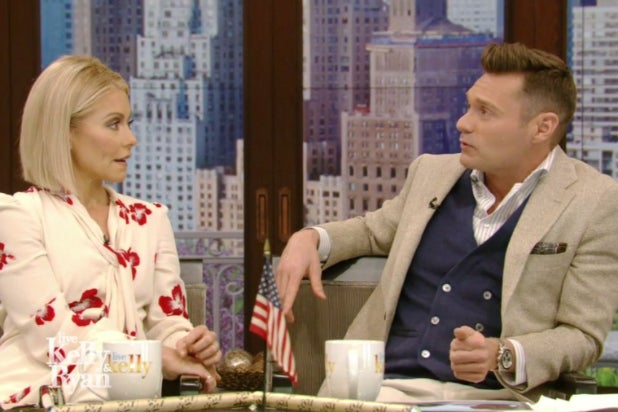 'Live With Kelly and Ryan'

With a 3.1 household rating/11 share, the daytime series also topped “Dr. Phil” (a 2.8/8) and “Ellen” (2.6/7) yesterday in the early Nielsen numbers. The inaugural episode of “Live With Kelly & Ryan” also won among women 25-54 — the key demographic for these shows — according to local people meters.

Additionally, “Live” was No. 1 in its 9 a.m. time slot in all five of the Top U.S. markets — New York, Los Angeles, Chicago, Philadelphia and Dallas — per Nielsen’s 56 metered markets.

In its home market of New York, “Live with Kelly and Ryan” more than doubled NBC’s competing hour of the “Today” show, with a 4.4 household rating versus a 1.8. We’ll see if the ABC property can keep that gap up in the future, particularly after Megyn Kelly takes over NBC’s 9 o’clock hour.

Ripa tried out 67 guest co-hosts over 195 original episodes before deciding on Seacrest. TheWrap has measured the Nielsen TV ratings of every single one: Click here for the ratings average of each guest co-host, and go here for every individual episode ranked.