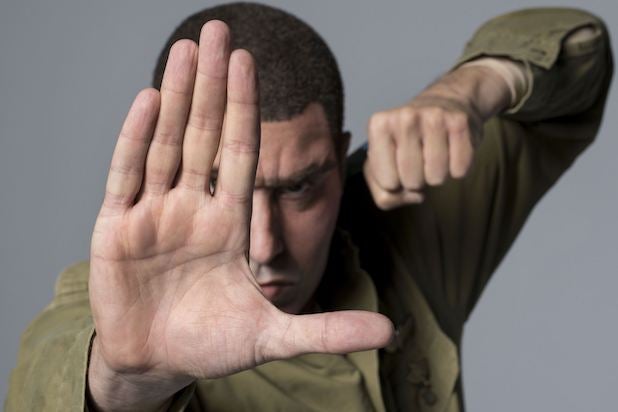 Sacha Baron Cohen — or should we say Dr. Billy Wayne Ruddick Jr. — clapped back at former Alaska governor Sarah Palin after she expressed anger over being “duped” by him.

Baron Cohen, who apparently fooled Palin after he (according to her) posed as a wounded veteran for his upcoming Showtime series, “Who is America?,” tweeted a picture Thursday of a typewritten letter from the character Ruddick Jr.’s account, denying that he duped Palin at all. (The Twitter account is indeed legit and tied directly to Baron Cohen, a person with direct knowledge of the situation told TheWrap.)

The letter, however, is an apparent joke.

“I did NOT say I was a War Vet,” Baron Cohen wrote. “I was in the service – not military, but  United Parcel, and I only fought for my country once – when i shot a Mexican who came onto my property,” he added, further explaining that “(Coincidentaly [sic], just like our Great President, I was sadly prevented from joining the regular army on account of bone spurs bein [sic] discovered in my testies).”

“I do believe  you have been hit by a bullsh– grenade and are now bleedin’ FAKE NEWS,” reads the letter, addressed to “Vice-President Palin.”

Before accusing her of hunting “a fine citizen journalist” and signing the communique to Palin with his character’s name, Baron Cohen topped it off with: “I DEMAND AN APOLOGY.”

The letter is in reply to Palin’s Facebook message posted Tuesday, in which she stated “I join a long list of American public personalities who have fallen victim to the evil, exploitive [sic], sick ‘humor’ of the British ‘comedian’ Sacha Baron Cohen, enabled and sponsored by CBS/Showtime.”

She expressed anger over traveling with her daughter to meet a wounded veteran, who was really Baron Cohen in disguise, under the guise of a “legit Showtime historical documentary.”