Actor Seymour Cassel has been suspended by the Screen Actors Guild for two years, Variety is reporting 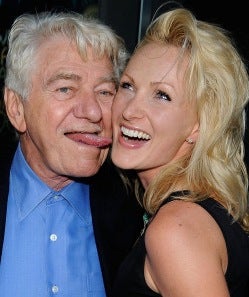 The suspension comes as the result of sexual harassment charges stemming back to a town hall meeting last May.

The verdict means that Cassel will have to forfeit the national board seat he has occupied for the last eight years. SAG’s Hollywood board will announce a successor at its next meeting.

Cassel was found guilty of harrassing three female SAG staff members by a guild trial board in July. However, the 74-year-old actor appealed, and sentencing was postponed until after the election.

Asserting that the allegations were untrue, Cassel successfully managed to keep his name on the ballot for last month’s national presidential election.

Running as an independent, he ended up claiming 18 percent of the vote, with Ken Howard ultimately winning the post with 48 percent.

SAG spokeswoman Pamela Greenwalt wasn’t available for comment when the TheWrap reached out to her Monday evening.