Voting results for both guilds will be unveiled in September.

September will be a month fraught with guild drama.

Members will be voting for new WGA leadership on Sept. 17, with the guild announcing the winners on Sept. 18; SAG's results will be revealed on Sept. 24. 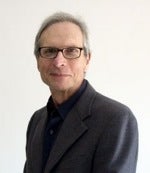 Vying for WGA West president will be John Wells and Elias Davis (both pictured, left); for vice president, Tom Schulman and Howard Michael Gould; and for secretary-treasurer, Christopher Keyser and David N. Weiss. 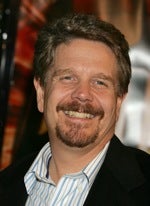 That same day, however, saw Jeff Melvoin write a support letter for John Wells in which he described the “mounting complexities of [the writers’] business demands."

Over at SAG, Anne-Marie Johnson, board members Ken Howard and Seymour Cassel and independent Asmar Muhammad are competing for the top post. Current SAG President Alan Rosenberg has opted to forgo a third term.

That election has stirred up some controversy. Cassel was found guilty of  "conduct unbecoming a member" on July 17 by the SAG trial board, after which he was sentenced to a two-year suspension, which is currently on appeal.

Cassel, a Hollywood division member of the Membership First party, almost took the presidency in September 2007 with 44 percent of the votes but was narrowly beat out by Rosenberg. He's now running for president as an independent against Membership First's official candidate, Johnson.