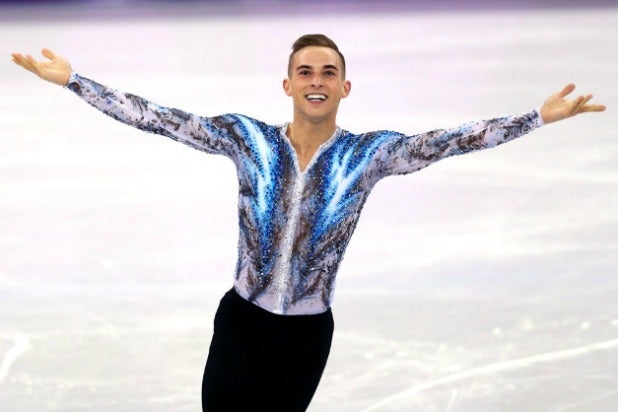 A month after his mother, Sally Field, encouraged him to reach out, Sam Greisman finally got to meet his “Olympic crush,” figure skater Adam Rippon.

The two met at the annual Human Rights Campaign gala dinner in Los Angeles, where Rippon was to receive the organization’s Visibility Award for his fight for LGBT rights. Rippon turned down an invitation to meet Vice President Mike Pence during the Olympics, bringing attention to Pence’s history of opposition to gay marriage and other LGBT issues.

During the Olympics, Greisman sent out a tweet with a picture of a text exchange between him and Field, during which the Oscar-winning actress and mother called Rippon “insanely pretty” and encouraged him to connect. Attempting to play matchmaker, Field retweeted the picture and tagged Rippon.

Also Read: No One Is Having a Better Olympics Than Adam Rippon, Except 'Maybe Somebody Who Actually Won Them?'

Just some really helpful advice from my mom on how to deal with my Olympic crush. pic.twitter.com/shYCXwNOMf

After winning the bronze medal in team figure skating event, Rippon told Greisman in an interview with BuzzFeed that he admired Field and felt confident that they would meet one day. That day was yesterday, as Greisman posted a picture of him with Rippon Sunday with the message “Thanks, Mom.”

No word yet on how Field reacted to this long-awaited meeting.