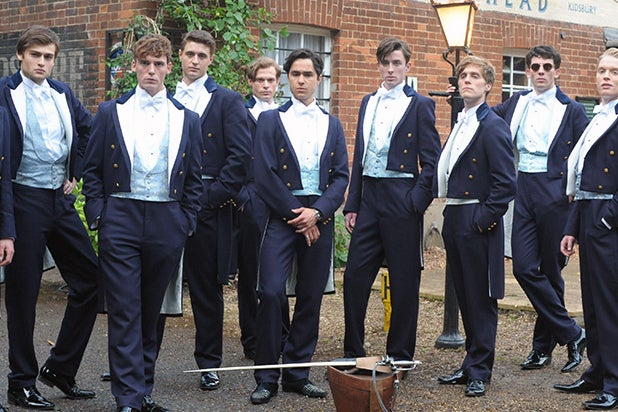 IFC Films acquired the U.S. rights to “The Riot Club,” which premieres Saturday, Sept. 13 at the Toronto International Film Festival.

The Lone Scherfig-directed film stars Max Irons and Sam Claflin as two first-year Oxford University students determined to join the infamous club, where reputations can be immediately made or destroyed. Producers include Pete Czernin and Graham Broadbent of Blueprint Pictures with the support of the BFI Film Fund, Film4 and Pinewood. Co-stars include “Game of Thrones” featured player Natalie Dormer, Douglas Booth and Jessica Brown Findaly.

Laura Wade adapted the film’s script from her 2010 play, “Posh.”

The deal was negotiated by Arianna Bocco, SVP of Acquisitions from Sundance Selects/IFC Films with Thorsten Schumacher of HanWay Films on behalf of the filmmakers. IFC Films is a sister label to IFC Midnight and Sundance Selects, and is owned and operated by AMC Networks Inc.

“Lone is an expert storyteller and this film is a darkly gleeful expose of the British elite unlike anything before it,” says Jonathan Sehring, president of Sundance Selects/IFC Films.