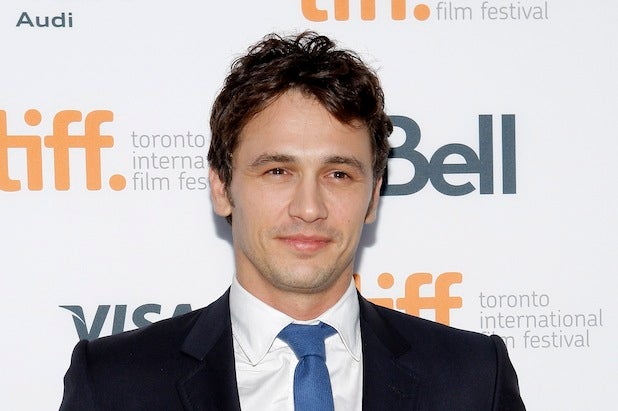 Up-and-coming actor Sam Dillon has been cast alongside James Franco and Thomas Mann in the indie drama “Memoria,” TheWrap has learned.

Vladimir de Fontenay and Nina Ljeti are writing and directing the movie, which Franco is executive producing under his RabbitBandini Productions banner. Franco met the filmmakers while enrolled at New York University.

Dillon and Franco recently worked together on Gia Coppola’s “Palo Alto,” which was based on Franco’s book of short stories. “Memoria” is one of three feature films being adapted from Franco’s short stories, along with “Killing Animals” and “Yosemite.” It is specifically based on the short stories “Memoria,” “Ivan” and “The Deer.”

“Memoria” follows Ivan Cohen, an anti-social, self-conscious boy living in the suburbs of Palo Alto, California. Unlike most kids in Palo Alto, Ivan comes from a working class family and is part of a very small subculture of punks and skateboarders. Unable to get along with his mother and his step-father at home, Ivan retreats to a world of military combat in the confines of his bedroom, dreaming of his Russian military father who left him before he was born. A sensitive boy who is hopelessly searching for love, honesty and respect among his disaffected peers, Ivan is in love with a girl named Kelly, who doesn’t even know who he is. Ivan is also trying to be accepted by his friend Alex — an angry, careless boy whose drug use and cruel apathy for the feelings and well-being of other people shatter Ivan’s innocence and lead him down a path of self destruction.

Production is currently under way in California.

Dillon was discovered by director Spike Jonze, who cast him as the lead in “Scenes From the Suburbs,” a 30-minute short tied to the release of Arcade Fire’s acclaimed album “The Suburbs.” The short premiered at the Berlin Film Festival and screened at SXSW.

Dillon is also part of Richard Linklater’s groundbreaking “Boyhood” project, which stars Ethan Hawke and Patricia Arquette and is 12 years in the making. He’s represented by Collier Talent Agency and manager Christopher Rockwell.