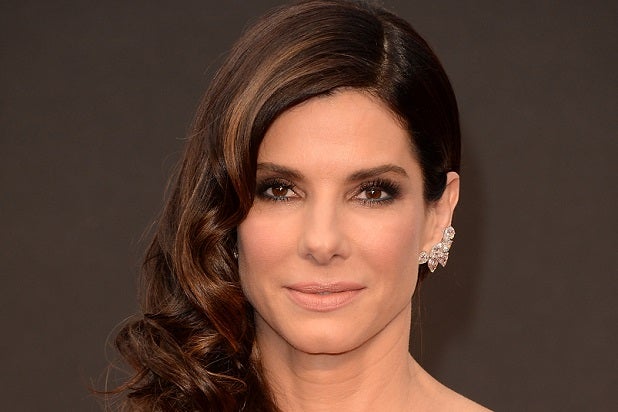 Oscar winner Sandra Bullock is attached to play marketing pioneer Brownie Wise in Tate Taylor’s adaptation of “Tupperware Unsealed,” which will be released by Sony Pictures, the studio announced Friday.

Mandeville Films’ David Hoberman and Todd Lieberman packaged the project and brought it to the studio, which acquired “Tupperware” in a competitive situation.

Taylor will write and direct the film as well as produce through his Wyolah Films banner along with Hoberman, Lieberman and Tom Shelly of Steele Mill Productions. John Norris and Alex Young will serve as executive producers. The movie is based on Bob Kealing’s non-fiction book “Tupperware Unsealed.”

Wise created the Tupperware home party strategy that made the brand a household name and opened new professional avenues for women.

“As a writer-director, Tate has the rare and delicate ability to capture both the romanticism and restrictions of a time and place – in this case 1950’s suburban America. His characters are both immediately recognizable while also uniquely iconic.  Such was the magic of Brownie Wise. There is no one better than Sandy to play Brownie — they share a fierce bravery and independent spirit,” said Sony’s production president Hannah Minghella, who will oversee the project for the studio along with Andrea Giannetti.

“Sandy and I have been trying to work together for years. Finally, I’m very excited to put Tupperware in her hands. This is a collaborative dream come true,” added Taylor.

Though Brownie Wise is frequently remembered as the idealized 1950s housewife, she was in fact a groundbreaking businesswoman who built a social network through which other women could earn their own money and independence. The first woman ever featured on the cover of Business Week, Wise became a popular and famous figure during her time as a marketing executive for Tupperware. However, her own clashes with company founder Earl Tupper, and the circumstances surrounding her exit from the company, underscored the limits of the liberation movement she personified.

Taylor is the director of “The Help” whose next film is the James Brown biopic “Get On Up,” which features a dynamite performance by Chadwick Boseman. Taylor is also directing the pilot for Netflix’s original series “Grace & Frankie,” which he’s also executive producing. The show stars Jane Fonda and Lily Tomlin.

Bullock won an Oscar for “The Blind Side” and was recently nominated for “Gravity.” She’ll next be heard in the animated film “The Minions.”

Bullock and Taylor are represented by CAA, while WME reps Hoberman, Lieberman and Shelly.