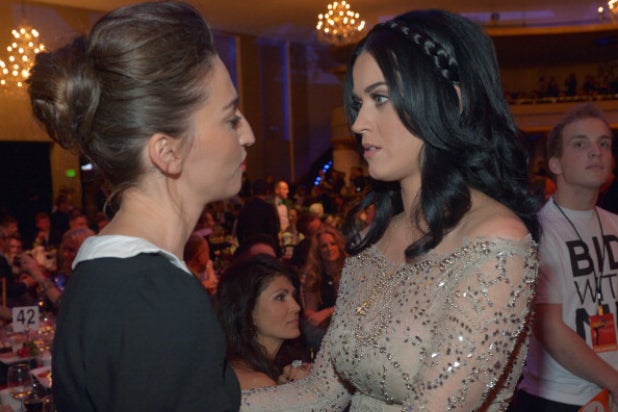 Sara Bareilles is not mad at Katy Perry, even if plenty of her fans are.

Perry’s newest single, “Roar” sounds strikingly like Bareilles’ earlier song, “Brave.” Cut to: Internet uproar. But Bareilles herself is cool with the similar music and hook, especially if the controversy created means money in her own pocket.

“I was stoked. I was like, ‘Great,'” Bareilles said in an Associated Press interview Tuesday. “I was like, ‘You guys want to go get (mad) about something and buy my music, that’s great.'”

While she certainly didn’t excuse the similar-sounding tune as mere coincidence, Bareilles says she was not behind the fuss and that the two pop stars are old friends.

“I don’t feel like anything was taken from me artistically. I wasn’t the one having any problems with it,” she said. “I’ve known Katy a long time. We are friends and she and I spoke about it. I look at it as two female artists who are releasing a message of empowerment.”

Furthermore, Bareilles wasn’t even on board with those who were overly vocal in the comparison. “To be totally honest, I was sort of disappointed in how aggressive fans were being about it,” she said. “I don’t promote drama in my life and competition and stuff like that.”

Either way, it’s all love between the two songstresses:

“We actually talked about it. We’re like, `Should we just work on a mash-up and let everybody know we’re not mad at each other?'” she said with a laugh.