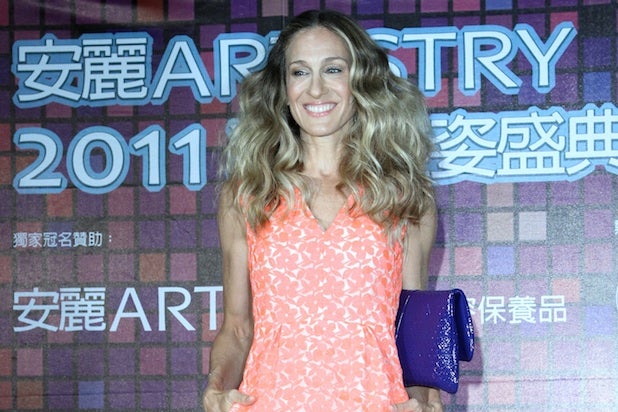 After conquering New York on “Sex and the City,” Sarah Jessica Parker has set her sights on a new city, as she has signed on to star in the romantic comedy “All Roads Lead to Rome” for AMBI Pictures and Paradox Studios, the companies announced Thursday.

Ella Lemhagen (“The Crown Jewels”) will direct from a screenplay by Cindy Meyers, Josh Appignanesi and Lemhagen. Principal photography will commence in October in Rome, Italy.

Story follows uptight Maggie (Parker) and her former Italian lover, Luca, who go on an exciting road trip across scenic Italy pursuing Maggie’s rebellious teenage daughter who tries desperately to return to New York while Luca’s mother is on a secret mission of love.

“We’ve been looking for a very commercial romantic comedy to add to our slate and immediately knew we found exactly what we were looking for when we read “All Roads Lead to Rome.” The film is a perfect vehicle for Sarah Jessica Parker — an extraordinary actress who has such an authentic connection with audiences. We’re excited to put this film into production and can’t wait to see Sarah bring the character of Maggie to life on the big screen,” said Iervolino.

“From the moment Ella came on board, we knew we had the foundation of a great project. Her work on “Patrick Aged 1,5” absolutely blew us away, and we knew she was the perfect director for the script. Rome is one of the most beautiful places in the world. I can’t wait to see Ella’s vision brought to life by Sarah Jessica and Raoul,” said Paradox’s Muraglia.

Parker is repped by CAA.