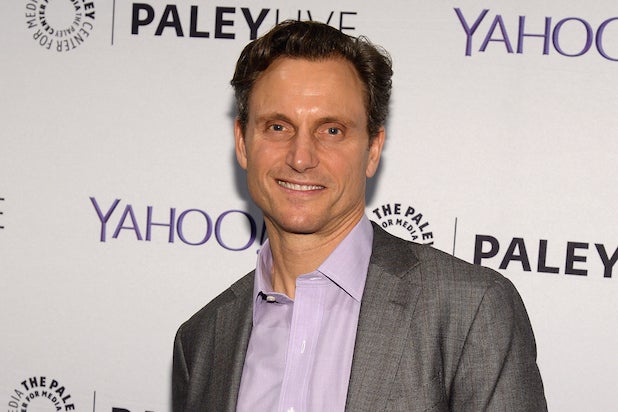 “Scandal” star Tony Goldwyn will join “The Newsroom” alum John Gallagher Jr. in MGM Studios’ thriller “The Belko Experiment,” which is being produced by “Guardians of the Galaxy” director James Gunn, who announced the news on Tuesday.

Greg McLean is directing the movie, which is gearing up to start production next month in Bogota, Colombia. Peter Safran is producing with Gunn, who wrote the script several years ago.

“The Belko Experiment” follows an American company in South America whose employees are pitted against each other and forced to fight for their lives as their true natures are revealed.

Goldwyn will play Belko COO Barry Norris, who Gunn describes as “a guy who is used to being in charge at the Belko Building in South America, so it isn’t easy for him to start taking orders when the office employees are mysteriously forced to either start killing each other or be killed.”

Gunn describes the film as an action-horror-thriller, but noted that “it’s important to me and the director Greg McLean that it’s first and foremost about characters — which is why we needed to get the best actors possible. I’ve been a big admirer of Tony’s talent for a long time. He’s an outstanding actor with an incredible pedigree, and we couldn’t have asked for a better person to join myself, Greg, my fellow producer Peter Safran and actor John Gallagher Jr. on this journey.”

“This is going to be a fun ride,” added Gunn, who announced he’ll reveal another new cast member on Facebook on Wednesday.

Goldwyn plays the President of the United States on “Scandal,” and he’s also well known for his turn as the villain in “Ghost.” He recently co-starred in “Divergent” and its sequel “Insurgent.” He’s represented by CAA and Untitled Entertainment.