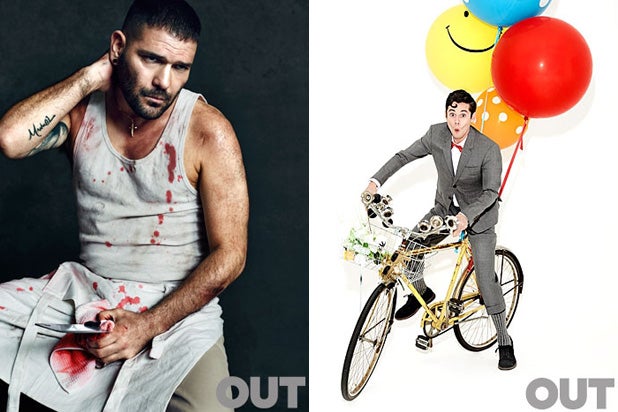 With diversity in entertainment under a magnifying glass, television stars and producers are standing proud in OUT Magazine’s annual OUT100 list.

OUT magazine is unveiling its picks over the month of November and several key television stars are included in this week’s rollout.

“Scandal” star Guillermo Diaz, former star of MTV’s “The Hard Times of RJ Berger” Paul Iacono and the producers behind ABC Family’s “The Fosters,” which portrays a blended family with lesbian parents, were unveiled this week.

Earlier this year, Diaz told TheWrap how he viewed the roles he plays and how viewers see him in them.

“I just think about the character and doing a good job and I feel like the audience is accepting it in that same way, not really looking at me as a Latin actor or a gay actor, they’re just accepting me in the role,” he said.

“And that’s kind of ultimately what we want people to do, not look at our color, or our gender or anything else and just enjoy the story,” he continued. “We’re all one race, right? It’s all humanity.”

The OUT100 list and photos revealed so far can be found at www.out.com/OUT100.