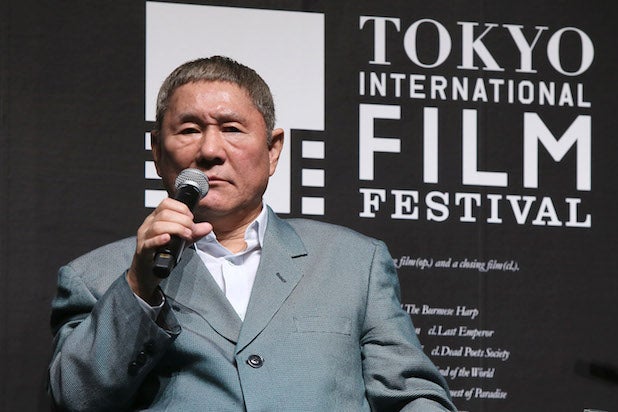 Paramount and DreamWorks’ “Ghost in the Shell” has cast its first Japanese actor, as Beat Takeshi Kitano will join Scarlett Johansson in the studios’ adaptation of the popular Japanese manga series written and illustrated by Masamune Shirow, it was announced Thursday.

Rupert Sanders will direct the film, which Paramount will release in the U.S. on March 31, 2017.

Based on the internationally-acclaimed sci-fi property, “Ghost in the Shell” follows a female special ops cyborg who leads an elite task force called Section 9. Section 9 is devoted to stopping the most dangerous criminals and extremists, led by an enemy whose singular goal is to wipe out Hanka Robotic’s advancements in cyber technology.

Also Read: Michael Pitt in Talks to Play Villain in Scarlett Johansson's 'Ghost in the Shell'

Kitano will play Daisuke Aramaki, the founder and leader of the elite unit Section 9 tasked with protecting the world from the most dangerous technological threats.

“This film tells the story of mankind in the near future in a unique setting. My role Aramaki is a unique and attractive character. The story revolves around the human relationships of the characters,” said Kitano. “This film will be stylish and entertaining, which is completely different from the type of movies I direct myself. This excited me and was the reason I decided to participate in this film.”

Kitano’s most recent Hollywood film was “Johnny Mnemonic,” in which he co-starred with Keanu Reeves.