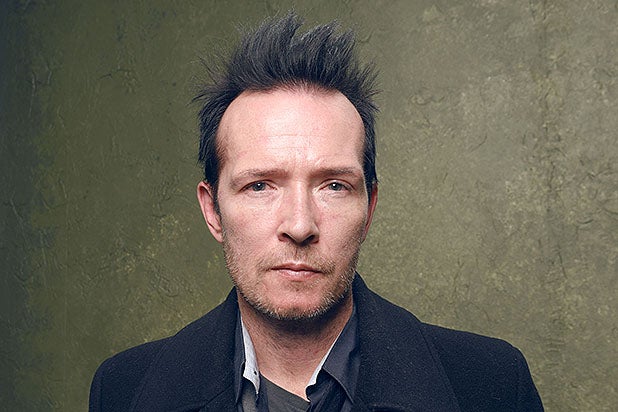 Scott Weiland, best known as the frontman for the Stone Temple Pilots, was found dead on Thursday night. He was 48.

The singer was on tour in Minnesota with his band, the Wildabouts, when he was discovered unresponsive on the group’s tour bus at around 9 p.m., according to his official Facebook page. A scheduled show at the Medina Ballroom was then canceled.

“Scott Weiland, best known as the lead singer for Stone Temple Pilots and Velvet Revolver, passed away in his sleep while on a tour stop in Bloomington, Minnesota, with his band The Wildabouts,” the message to his fans read. “At this time we ask that the privacy of Scott’s family be respected.”

Weiland’s manager, Tom Vitorino, confirmed to TheWrap that the rock star was found dead Thursday but could not give further details.

Also Read: Melvin Williams, Inspiration for 'The Wire,' Dead at 73

The cause of death is currently unknown, however Weiland had a history of drug abuse. He was convicted of buying crack cocaine in 1995 and sentenced to one year probation.

In December 2007, the singer was arrested and charged with DUI, and the following February he checked into rehab for a month. While he continued to battle his addictions to drugs, including heroin, Weiland told Rolling Stone earlier this year that he had been clean for a number of years.

Dave Navarro was the first fellow musician to respond to Weiland’s death, tweeting: “Just learned our friend Scott Weiland has died. So gutted, I am thinking of his family tonight … so, so sad.”

Just learned our friend Scott Weiland has died. So gutted, I am thinking of his family tonight.

The Medina Entertainment Center in Medina, Minnesota, posted on its website Thursday that the concert scheduled for 7.30 p.m. that evening had been canceled but did not give a reason why.

Weiland was born in San Jose, California, but grew up in Ohio and then moved to Huntington Beach as a teenager. He formed Stone Temple Pilots in 1989 with brothers Dean and Robert DeLeo, and Eric Kretz.

Stone Temple Pilots were part of the alt-rock vanguard, releasing the album “Core” in 1992, which sparked a string of hits, including “Creep.” The band’s second album, “Purple,” also went platinum, featuring the hits “Vasoline” and “Interstate Love Song.”

The band broke up in 2002 and Weiland went on to join Velvet Revolver with Guns N’ Roses rockers Slash and Duff McKagan. He later reunited with Stone Temple Pilots in 2008 and they embarked on another world tour. However, in February 2013 the band released a statement saying it had “officially terminated Scott Weiland.”

He went on launch Scott Weiland & the Wildabouts, whose first album, “Blaster,” was released last March.

Weiland is survived by his wife, Jamie Wachtel, and two children from a previous marriage, Noah and Lucy.