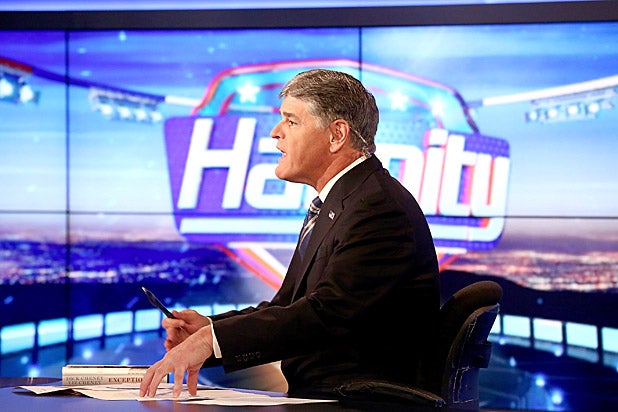 “What does — how do I get an apology from CNN? I would love to sue them for slander when they say, ‘Oh, he wants Hillary on her death bed and dead,’ when I said just the opposite,” he said on Premiere Radio Networks’ “The Sean Hannity Show” on Thursday.

“I know it’s hard to sue when you’re a public figure. Pretty much, people can call you anything, and I’ve been called pretty much everything. But I’m thinking of suing them.”

Stelter had been addressing the media circus surrounding Clinton’s health crisis and her recent bout of pneumonia.

He described some of the figures covering it as a “truly deplorable basket. Sean Hannity fits into it, so does Rush Limbaugh, Alex Jones and others. These are people who bring up rumors and innuendo about Clinton’s health, and have been doing it for years,” he said, according to The Hill.

Limbaugh also slammed Stelter’s comments on his radio show Thursday, claiming he never even weighed in on Clinton’s “mythical illnesses,” not substantially at least.

“You’re specifically alleging, Brian, we want her to be sick. … You really need to research the transcripts of this program,” he said.

“If you do, you will find that I am the one person who started expressing concern for Mrs. Clinton in a number of areas. The most recent time, when she had that four-minute coughing spasm, it was I who asked, ‘How could her staff do that to her and not send somebody out to rescue her?’ ‘Who left her out to dry in that episode?'”

Clinton returned to the campaign trail on Thursday following a bout of pneumonia, making a stop in Greensboro, North Carolina, after nearly fainting at a 9/11 ceremony in New York City on Sunday.

“There’s a basket of legitimate questioning about Hillary Clinton’s health, and some conservative commentators and media figures fit into that basket. They’re right to wonder about her health in some cases. Then, there’s this other basket, the truly deplorable basket. Sean Hannity fits into it, so does Rush Limbaugh, Alex Jones and others. These are people who bring up rumors and innuendo about Clinton’s health and have been doing it for years. I’m not saying Hannity or Limbaugh fit into these necessarily, but they — some of these figures want her to be sick. They want her to be dying. They want her to be on her death bed.”

Click below for the audio of both Hannity and Limbaugh.