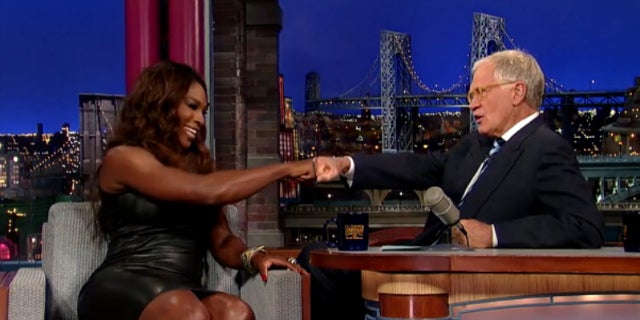 Serena Williams and David Letterman have something in common: They both strongly prefer to play tennis against women.

But that is never going to happen.

"The men are a lot faster, they serve harder, they hit harder," she continued. "It's a completely different game."

"I'm with you," Letterman said. "When it comes to tennis, I only want to play girls."