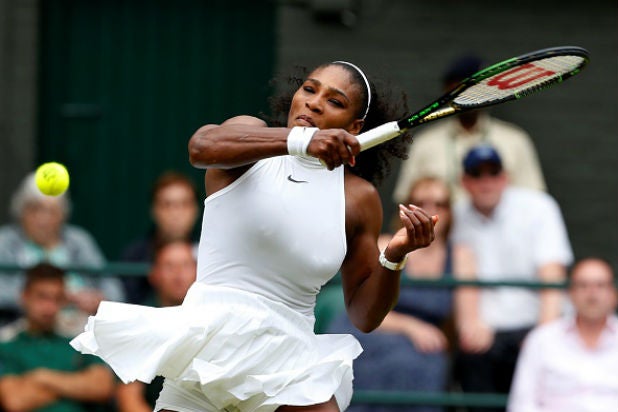 Serena Williams delivered an overhead smash after retired tennis great John McEnroe’s weekend interview claiming that she’d only “rank like 700 in the world” if she competed against men.

In a series of tweets on Tuesday, Williams responded to McEnroe’s weekend interview with NPR in which he praised her as the “best female player ever — no question,” but added that “if she played the men’s circuit she’d be like 700 in the world.”

“Dear John, I adore and respect you but please please keep me out of your statements that are not factually based,” tweeted Williams, who is pregnant with her first child with fiancé and Reddit co-founder Alexis Ohanian.

“I’ve never played anyone ranked ‘there’ nor do I have time,” she added. “Respect me and my privacy as I’m trying to have a baby. Good day sir.”

Dear John, I adore and respect you but please please keep me out of your statements that are not factually based.

I've never played anyone ranked "there" nor do I have time. Respect me and my privacy as I'm trying to have a baby. Good day sir

On Tuesday, McEnroe refused to apologize in a new interview with “CBS This Morning” anchor Norah O’Donnell. “I don’t want anything to go wrong with Serena because she’s pregnant. I don’t want to upset her or whatever it was,” he said.

"Would you like to apologize?" — @NorahODonnell
"No." — John McEnroe pic.twitter.com/BFN8w2EyfY