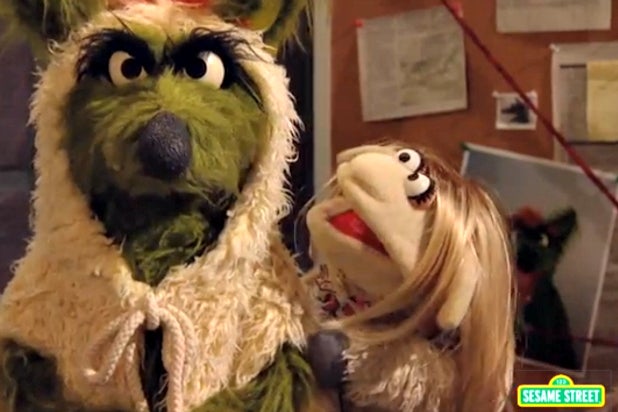 If you love “Homeland” but wish that it had exponentially more farm life, than Sesame Street has the spoof for you.

In the perfectly executed parody, “Homelamb,” sheep government agents are on the lookout for the Big, Ba-a-a-a-ad Wolf, who is still currently on the lamb.

There will be plenty more sheep puns.

Also read: ‘Homeland’ and ‘Masters of Sex’ Renewed by Showtime

In the parody, Nicholas Ba-a-a-a-rody is not the hero sheep the other lambs think he is, Ca-a-a-a-arrie said. Claire Danes‘ wooly counterpart is onto him, though it gets complicated when she falls in love with Ba-a-a-a-rody.

Ba-a-a-a-rody manages to avoid suspicion by being a literal wolf in sheep’s clothing, and through exchanges like the following:

“Have you ever heard a sheep howl?”  Ca-a-a-a-arrie asked. “So he speaks other languages,” the head C.I.A. sheep replied.

Eventually, she exposes Ba-a-a-a-rody to the farm as the Big Ba-a-a-a-ad wolf. She then pursues him in a different, romantic way — just like in “Homeland.”