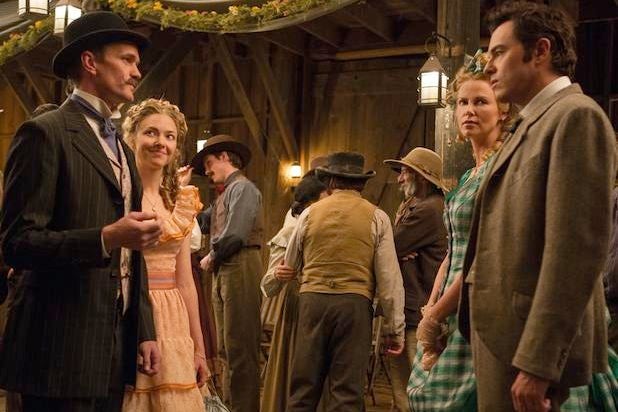 Who would win in a staring contest between Neil Patrick Harris and Seth MacFarlane? The first image from “A Million Ways to Die in the West” will make you wonder.

MacFarlane, who directed and co-wrote the May 30 Universal release, stars as a cowardly farmer who seeks help from a gunslinger’s wife to help him win back the woman who left him.