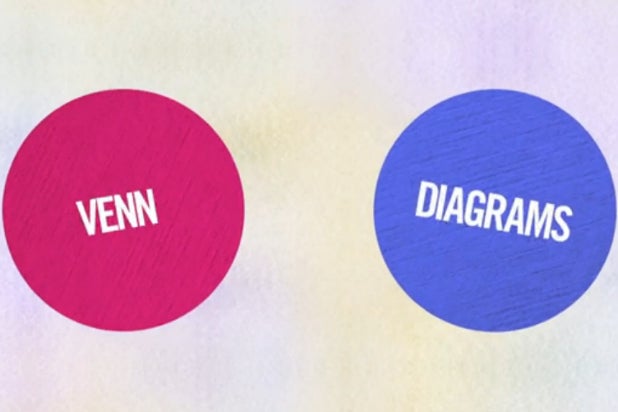 Seth Meyers took a page — or in this case a greeting card — out of his predecessor’s playbook to kick-off his own “Late Night” legacy on Monday.

The former “SNL” head writer borrowed Jimmy Fallon‘s “Thank You Notes” segment for a cold open where he expressed his gratitude to the new “Tonight Show” host, while ironically vowing to “only do completely original comedy pieces — starting now.”

Later in the show, Meyers introduced one of those “completely original comedy pieces,” “Venn Diagrams.”

The new segment utilizes the graphic representation of two seemingly different groups, which when merge, reveal a similarity. For example, “Russia” and the “The NBA” form to reveal “Places that are more gay friendly than Arizona,” Meyers demonstrated.

There is plenty more where that came from. Watch the clips: