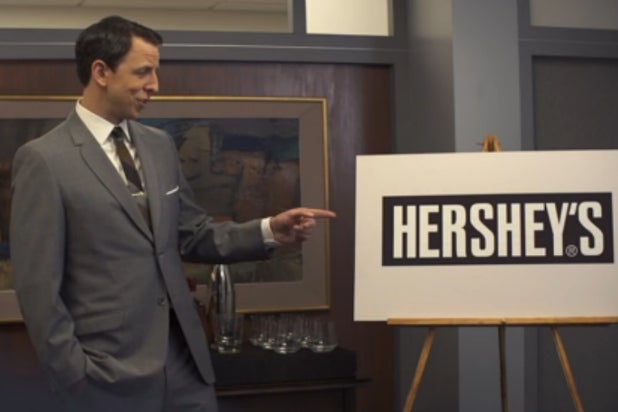 The spoof starred Meyers, who proved to be no Don Draper. Still, the host of NBC’s “Late Night” had a fairly convincing sales pitch up until the tagline.

See video: Seth Meyers: ‘If It Wasn’t for David Letterman, I Wouldn’t Be Here’

Meyers sold his clients on the concept that there are two ways to consume a Hershey’s bar. The first is to eat it, which gives instant — yet fleeting –gratification. The second option creates memories that last far longer.

A lightbulb-moment inspired Meyers’ ultimately proposed campaign: “Hershey’s – When you put it in a pool, it looks like a turd.”