A women’s group plans to lead a protest outside Fox News headquarters in New  York City on Tuesday, complete with a plane and a banner.

UltraViolet, which is an online community that seeks to fight sexism in corporations and the media, commissioned a plane to fly with a banner over the Hudson River, which will read “Fox: #DropOReilly, The Sexual Predator.”

The group also plans to hang posters around Midtown Manhattan, which ask, “Have you also been sexually harassed by Bill?” See it here: 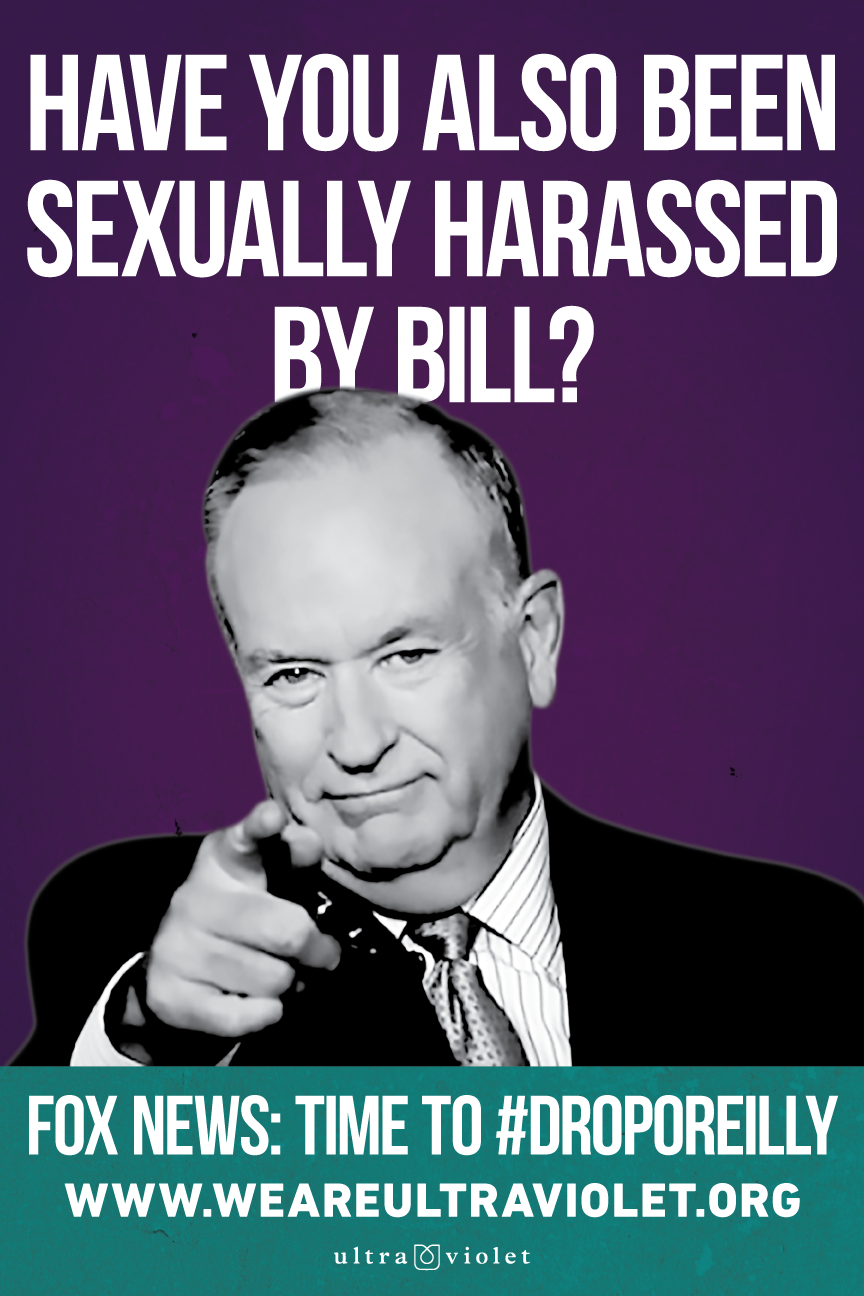 The group is protesting recent allegations that Bill O’Reilly, the longtime Fox News host, sexual harassed multiple women who worked at the company.

The New York Times reported that Fox News and O’Reilly have ponied up a whopping $13 million to settle five sexual harassment settlements against the TV host. O’Reilly has denied all allegations.

In an email sent to employees, CEO Rupert Murdoch declined to comment on the allegations.

“Fox News has a problem with sexual assault – and it’s bigger than just Bill O’Reilly,” said Shaunna Thomas, co-founder of UltraViolet, in a Monday statement. “Fox News needs to prove to the public — and its advertisers — that the era of covering up sexual assault is over. That means — firing Bill O’Reilly immediately and conducting a comprehensive and independent investigation into sexual abuse at the network — firing anyone involved in, or complicit in covering up, those crimes.”

UltraViolet has called for O’Reilly’s firing since August 2016. More than 79,000 people have signed a petition calling for his firing after the most recent scandal.

The group says it’ll meet outside Fox News headquarters at 1211 Avenue of the Americas on Tuesday at 1:30 p.m. ET.