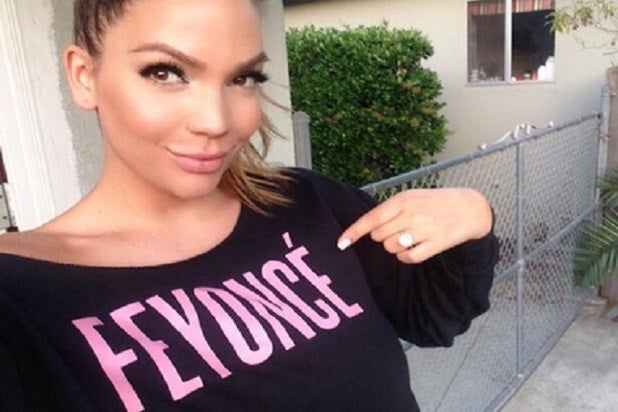 If convicted as charged, Karlen Shubaralyan faces a possible 25 years and eight months in state prison.

Shubaralyan, 37, is accused of victimizing his ex-wife, beginning in 2014, with he most recent alleged incident occurring Feb. 8.

In addition to the rape count, Shubaralyan has also been charged with stalking, first-degree burglary, person present, as well as two counts each of injuring a spouse and dissuading a witness from reporting a crime, and three counts of criminal threats. According to the complaint, the ex-wife had a restraining order out against Shubaralyan.

A spokesperson for Bravo, which airs “Shahs of Sunset,” had no comment for TheWrap.

In an unrelated case, Shubaralyan faces nine felony counts including grand theft and passing non-sufficient funds checks exceeding $950, according to the complaint filed against him.

The arraignment is scheduled for Monday.

Parido (pictured above) is currently undergoing a divorce from her husband, “Shahs of Sunset” star Mike Shouhed.