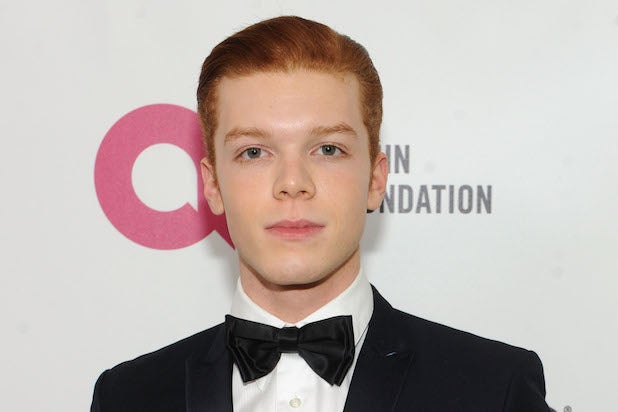 Fresh off supporting turns in “The Giver” and “Vampire Academy” for the Weinstein Company, “Shameless” star Cameron Monaghan is nearing a deal to join Bella Thorne in the new “Amityville” horror movie that Blumhouse is producing for Dimension Films, an individual familiar with the project told TheWrap.

Franck Khalfoun (“Maniac”) wrote and will direct the film, which will star Jennifer Jason Leigh as a single mother who moves her three kids into the “Amityville” house that has a very dark history.

Monaghan is in final negotiations to join the fright flick, though his deal has not closed yet, according to an individual familiar with the project.

Jason Blum is producing for Blumhouse Productions along with Casey La Scala and Daniel Farrands, while Matthew Stein and Alix Taylor will executive produce.

Dimension had planned on reigniting the popular “Amityville” horror franchise using a found-footage angle but that idea has been dropped in favor of a fresher take.

The original “Amityville Horror” was released in 1979 and received a high-profile remake in 2005 that starred Ryan Reynolds and Chloe Moretz. The franchise is based on Jay Anson’s book “The Amityville Horror: A True Story.”

Monaghan, who plays Ian Gallagher on Showtime’s “Shameless,” recently starred in the Sundance movie “Jamie Marks Is Dead,” which is still seeking distribution. The rising star also plays one of the lead roles in the indie thriller “Mall,” which is based on Eric Bogosian’s terrific debut novel. He’s repped by UTA, Industry Entertainment and attorney Chad Christopher.