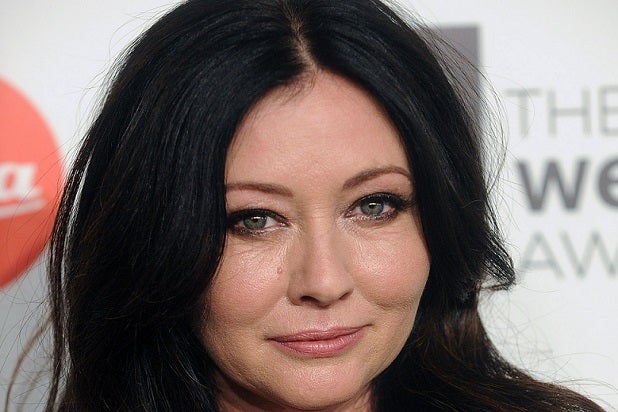 Former “Beverly Hills, 90210” star Shannen Doherty has sued her former manager, claiming that he was negligent in paying her health insurance and thus worsened her breast cancer.

In papers filed in Superior Court in California on Wednesday, Doherty sued the firm Tanner Mainstain Glynn & Johnston and manager Steven D. Blatt. According to Doherty, she signed on with the firm in 2009, and part of its duty was to pay the premium on her SAG medical insurance. However, she claims, the firm failed to pay the coverage for her insurance for 2014 — a period, the actress claims, that would turn out to be crucial for her health.

Because of the alleged lapse, the actress says, she was uninsured until SAG’s next re-enrollment period this year, and “during 2014, Plaintiff did not have medical insurance, and thus did not regularly visit a doctor as she normally would have had she been insured.”

Insured again this year, the actress claims, she began regularly seeing medical professionals, and in March, “discovered that she had invasive breast cancer metastatic to at least one lymph node.”

The lawsuit continues, “Plaintiff was informed that her cancer had spread during 2014 (when she was not insured). Plaintiff was also informed that, had she been insured and able to visit her doctor, the cancer could potentially have been stopped, thus obviating the need for future treatment (including mastectomy and chemotherapy) that Plaintiff will likely have to suffer through now.”

According to the suit, the firm terminated its relationship in February 2014, a few months after allegedly failing to pay the insurance.

The suit goes on to list other instances of alleged wrongdoing, such as “numerous strange and unexplained transfers to unidentified individuals and accounts (and some transfers to Blatt himself) from Plaintiff’s accounts.” She also goes on to claim that the defendants breached their agreement with Doherty by failing to pay her taxes in a timely manner on numerous occasions.

Tanner Mainstain Glynn & Johnston did not immediately respond to TheWrap’s request for comment.