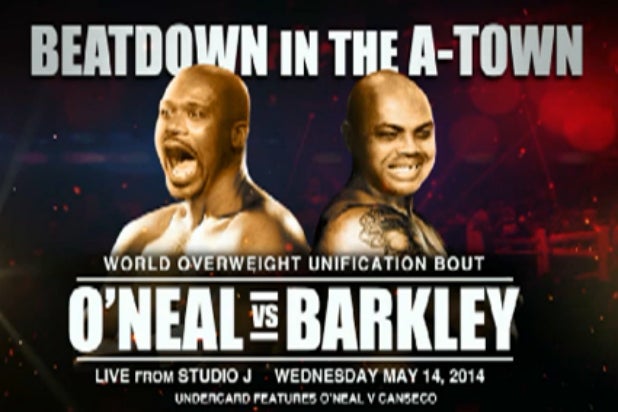 NBA legends and current TNT analysts Shaquille O’Neal and Charles Barkley are apparently really going through with the MMA-style fight they’ve been jabbering about during the basketball playoffs. Kind of.

At May 14’s Studio J “Beatdown in the A-Town,” there will be no punching, just grappling on the ground. The extremely amateur match is being promoted as the “World Overweight Unification Bout,” and both ex-players think they’ve got this one in the bag.

“I’m just gonna choke him out,” Barkley threatened on Thursday night’s broadcast, which was supposed to be about basketball. “I don’t want to hurt his face — you want him uglier on TV?”

Shaq doesn’t quite think that will happen — after all, he’s much bigger than Sir Charles and even had a terrible videogame where he starred as a martial-arts expert.

“I’m trying to figure out why y’all are doing this,” fellow former player and current NBA on TNT analyst Kenny Smith wondered aloud. “I don’t understand what any of this has to do with the NBA Playoffs.”