If looks could kill, this tease of Amy Adams in HBO’s “Sharp Objects” would have you dropping dead in five seconds flat.

The first glimpses of Adams (who is also signed on as an executive producer) as Camille — the protagonist of Gillian Flynn’s debut novel — and her mother, Adora (Patricia Clarkson), have been revealed by Entertainment Weekly and the drama you can feel seeping from pictures is enough to drown you in fear.

Of course this story is coming from Flynn — who also wrote “Gone Girl,” which was adapted into a smash-hit thriller — so what did you expect?

The eight-episode adaptation developed by Marti Noxon (“Buffy the Vampire Slayer,” “UnREAL”) and directed by Jean-Marc Vallée (“Big Little Lies,” “Wild”), gets right to the heart of the toxic relationship between the mother and daughter when Camille comes back home to Wind Gap, Missouri, on assignment as a crime reporter.

The young journalist — coming right out of a stint in a mental hospital due to a history of self-harm — returns to her roots to investigate the murders of two little girls, an assignment that forces her back under her socialite mother’s roof. The drama doesn’t end there, as Camille begins to learn more about her bratty half sister Amma (Eliza Scanlen).

The limited series is slated to premiere on HBO summer 2018.

The first look at Adams in “Sharp Objects” can be seen below. 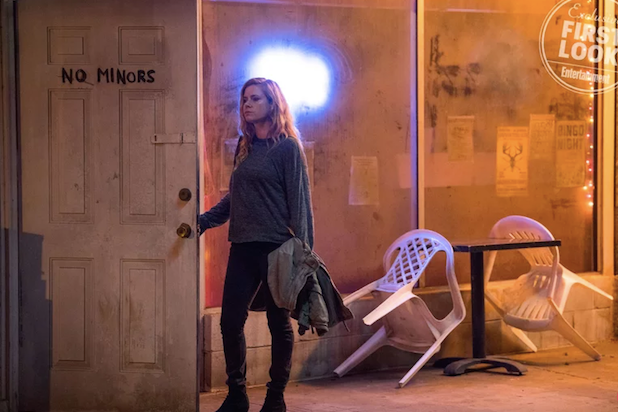