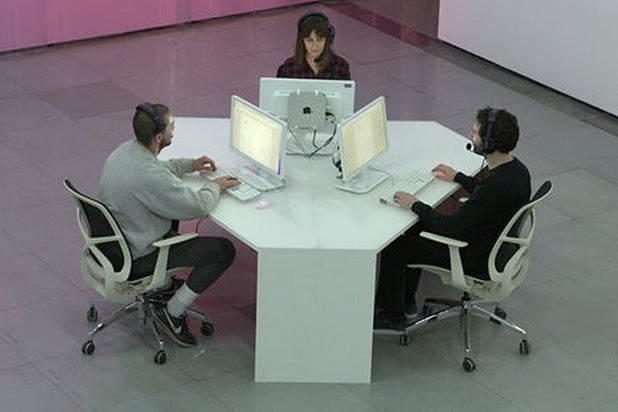 Ever want to call Shia LaBeouf and tell him what you think of his shenanigans? Now’s your chance.

The four-day project involves LaBeouf taking calls from the public, along with collaborators Luke Turner and Nastja Säde Rönkkö joining in a four-way conversation.

Also Read: Shia LaBeouf Invites You to Watch Him Watch All of His Movies (Video)

LaBeouf and company have convened at the Foundation for Art and Creative Technology in Liverpool for the project.

#TouchMySoul is the latest in a string of bizarre stunts from the “Transformers” actor. Last month, LaBeouf invited the public to watch a live-stream of him in a marathon screening of all of his movies — no sound, no commentary, just LaBeouf facing the camera as he took in his life’s work.

Those with nothing better to do can call LaBeouf and company from 11 a.m. to 6 p.m. The phone number is listed below in a tweet from the actor. If you’d prefer not to reach out and touch LaBeouf, you can vicariously watch him at something resembling work via live-stream here.