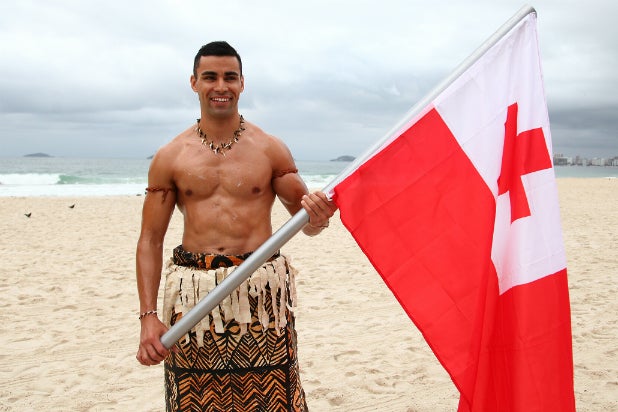 Pyeongchang’s 2018 Winter Olympics just got a bit hotter: The Shirtless Tongan has returned! And yes, the flag-bearer for Tonga went topless again, despite the sub-freezing temperatures in South Korea.

Pita Taufatofua originally set the Internet ablaze during the 2016 Summer Olympics Opening Ceremony in Rio de Janeiro, when he went bare-chested ahead of his participation in the Summer Games’ taekwondo competition. Well, now he’s a cross-country skier at the cold ones — but he’s still wearing sandals.

“he has taken the shirt off” pic.twitter.com/1wpBh5j2BV

Twitter sure appreciated the moment — especially considering the weather. Here are some choice reactions:

#WinterOlympics I am watching the amazing opening ceremony of the up and coming 2018 winter OlympicsOn7, so exited for the rest, love the shirtless Tongan,

The shirtless Tongan Olympian made the Winter Olympics too and HE IS STILL SHIRTLESS at the #OpeningCeremony pic.twitter.com/gjyMiQcxFJ

He Did It Again – Tongan Pita Taufatofua, last seen representing his country in taekwondo at the Rio Summer Games, is in Pyeongchang to compete in cross-country skiing at these Winter Olympics. He’s once again shirtless and oiled-up, despite the sub-f… https://t.co/YiMXYxXpMk

I like to think that the Tongan flagbearer spends his whole life oiled up and shirtless. #TaufatofuaForever #OpeningCeremony

Tongan is out here shirtless in 26 degree weather and I’m bundled up to the gills freezing like pic.twitter.com/m57j15TWkO

Those not live-streaming the Opening Ceremony along with us can catch it with commentary tonight at 8 p.m. ET/5 p.m. PT on NBC.