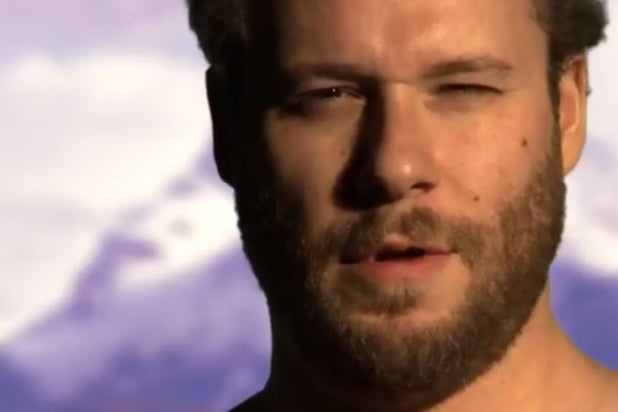 Zac Efron looks better with his shirt off than his “Neighbors” co-star Seth Rogen.

The tanner, better looking, more physically fit actor Instagrammed a photo of the two topless gents with “Bound 4” written in big block letters across the bottom.

Efron’s caption read, “Whether you’re a #KanyeWest fan or not, fans are#Bound2 get a kick out of this new still from #ZacEfronand #SethRogen’s film #NeighborsMovie Check out all the neighborly shenanigans when the comedy hits theaters next May! #uhhuhhoney”

The title refers to Kanye West and Kim Kardashian’s sexy music video for “Bound 2,” which was masterfully spoofed shot-for-shot by Rogen and James Franco in “Bound 3.”

No word on if an actual video parody — of the parody — is coming out. But “Neighbors,” which also stars Rose Byrne, Dave Franco, Jake Johnson, Christopher Mintz-Plasse and Lisa Kudrow, is due out May 9.