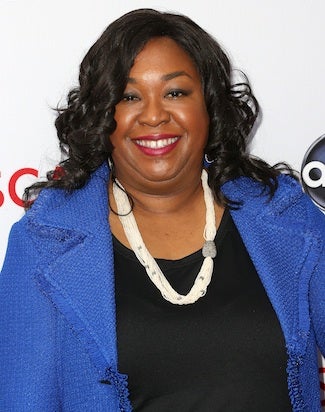 Shonda Rhimes has inked a deal to write a memoir for Simon & Schuster for an unspecified amount.

ABC’s “Scandal” and “Grey’s Anatomy” creator will write about starting her family before achieving fame and how she balanced her personal and professional responsibilities. It is scheduled to publish in 2015.

“Simon & Schuster is crazy for giving me a book deal as I am clearly in no position to be handing out wisdom,” said Rhimes in a statement. “But I have made a lot of mistakes as a single mother and as a working mother and as a sleepless mother and as a dating mother. And, I did all of it while running a bunch of TV shows. So, I’m going to write about that and hope my kids don’t use it against me in therapy later.”

This will be Rhimes’ first memoir. Previously, she co-authored “The Princess Diaries 2, Royal Engagement: Movie Scrapbook” with Meg Cabot for Scholastic.

“Shonda Rhimes is bar none in the storytelling realm,” said Simon & Schuster’s vice president and editor-in-chief, Marysue Rucci. “Now fans of her phenomenal shows can read Shonda’s story in her own words – and marvel at how Shonda built a phenomenal career through her unforgettable television characters and a beautiful family, simultaneously. Readers everywhere will cheer the fearless decisions Shonda has made to achieve happiness. We’re thrilled to be publishing her.”

Aside from “Grey’s Anatomy” and “Scandal,” Rhimes’ television credits include “Off the Map” and several new pilots currently in development.

As the first African-American woman to create and executive produce a Top 10 network series, Rhimes has won numerous awards. They include a Golden Globe for Outstanding Television Drama, multiple NAACP Image Awards, Television Producer of the Year from the Producers Guild of America, a Lucy Award for Excellence in Television from Women in Film, and a GLAAD Golden Gate Award. She has also recieved several Emmy nominations for Outstanding Drama Series and Writing for a Drama Series.

Rhimes graduated with her BA from Dartmouth. She earned her MFA from the USC School of Cinema-Television, where she was awarded the prestigious Gary Rosenberg Writing Fellowship.

Simon & Schuster acquired World English rights to the project from Jennifer Joel, a partner at ICM.